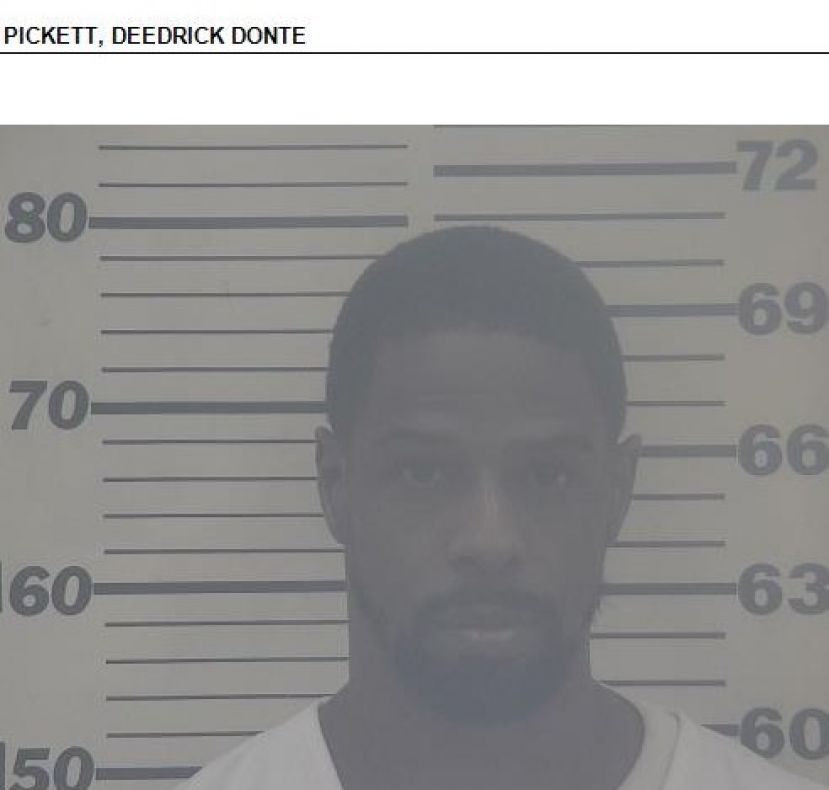 An Ambrose man will stand trial later this month on an aggravated assault charge, a crime with a maximum sentence of 20 years, following an altercation in 2020. The defendant, 36-year-old Deedrick Donte Pickett, is accused of cutting another man with a knife during a dispute.

According to a Coffee County Sheriff's Office incident report, a CCSO deputy was dispatched to a residence on Ashley Street in reference to a stabbing on April 12, 2020. When the deputy arrived, the victim, 34-year-old Bruce Michael Bryant, had already been transported to Coffee Regional Medical Center for treatment.

When the deputy arrived at the scene, the complainant said a group of people, including Pickett and Bryant, had been sitting around a fire playing cards before the alleged assault. According to the witness, Bryan and Pickett were not on good terms, and a verbal altercation broke out between the two regarding "past issues."

During the argument, Pickett reportedly went to his truck, grabbed a knife, and began walking toward Bryant. When Bryant continued the fight by "arguing more," Pickett cut his arm with the knife and then got in his car to leave. As he was driving off, Pickett allegedly struck two trucks in the yard and caused damage to both. Pickett's vehicle got stuck, and Bryant then walked over to the car, where Pickett cut him a second time.

After Pickett left the residence, witnesses called 911 to report the assault.

In the report, the deputy noted that he discovered blood in the grass and the driveway.

A second deputy located Pickett at a home on Cypress Street shortly after, and he was then taken to the Coffee County Jail. He was later charged with one count of aggravated assault and two counts of criminal trespass. Judge Kelly Brooks denied Pickett's bond, stating he presented a "significant danger to persons/property, and or the community."

In March 2022, an immunity hearing was held in the Superior Court of Coffee County, with Pickett's defense counsel asking that the charge be dismissed. Pickett's attorney, John Strickland Jr., of Valdosta, argued that the assault was made in self-defense and was justified. Judge Kelly Brooks denied the motion and said the case would be heard before a jury.

The trial will take place the last week of June, with jury selection beginning on June 27.