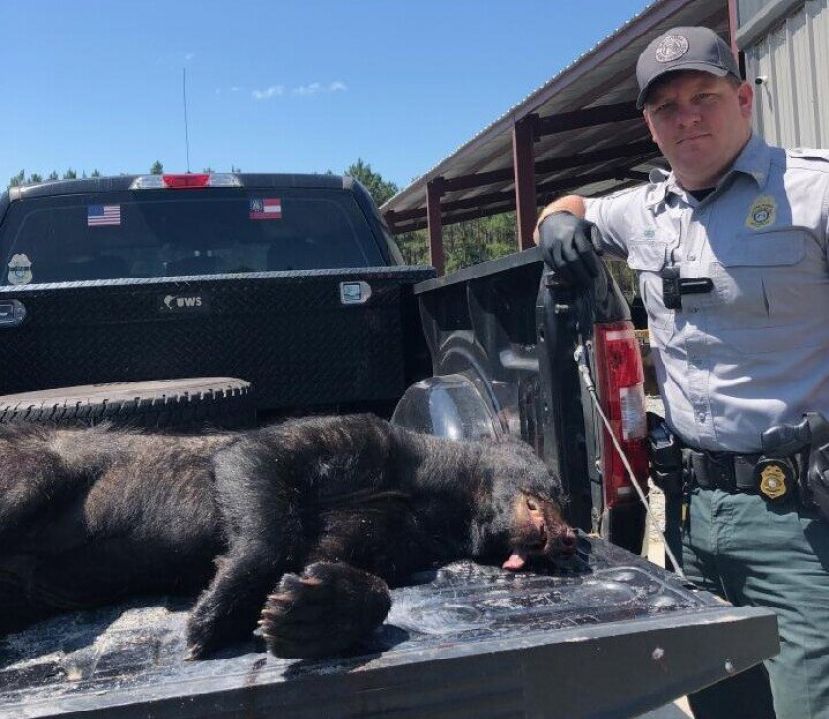 Photo courtesy of the Georgia Department of Natural Resources Game warden Luke Rabun is pictured with the black bear that Joe Tanner of Bacon County is accused of killing illegally.

A Bacon County man has been cited for allegedly killing a black bear illegally.

According to a statement posted on the Department of Natural Resources Facebook page, last week, game warden Luke Rabun visited a home in Bacon County after hearing that someone who lived at the house killed a bear. DouglasNow has learned that the individual in question is Joe Tanner, who lives in Bacon County near the Ware County line.

The DNR post states the following: “ At first, it was claimed that the bear was shot in self defense, but after investigating it was found that the bear had been up in a tree and in the area for a while and was actually posing no threat. The subject [Tanner] was charged with taking a bear out of season, which is a high and aggravated misdemeanor, and the bear was seized as evidence.”

Georgia offers a limited bear hunting season in the fall. While hunters can legally pursue bears in Ware County, they cannot do so in Bacon County.