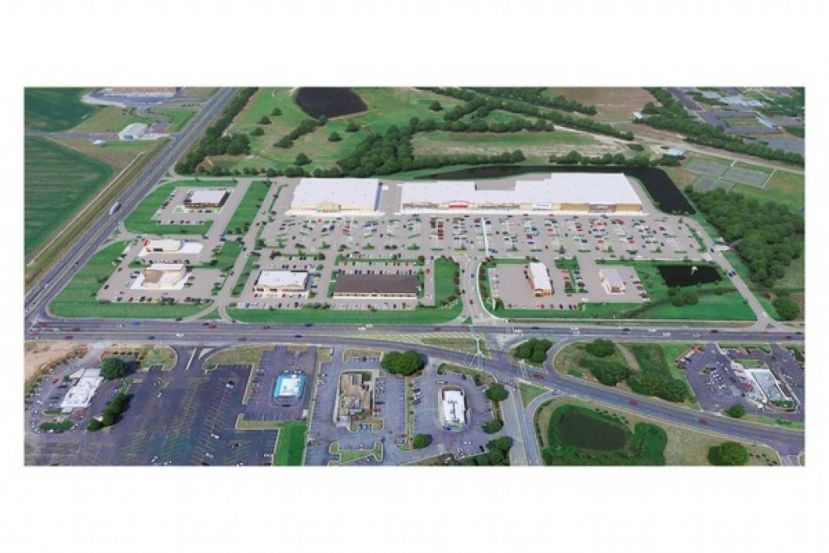 According to City Manager Charlie Davis, developers are currently in their "final stages" of contracts in bringing three national chain businesses to Douglas.

Since the City of Douglas and its developers announced the plans for Douglas Square in 2019, national and international chain businesses immediately started showing interest in Douglas being the home of their newest location. The list continues to expand, with City Manager Davis telling Douglas Now that contract completion is underway between developers and a chain supermarket (the second national grocer in the works for the community), a fast-food restaurant, and a retail store.

With the contract still in the final stages, the businesses cannot be announced by the developers just yet. However, Davis stated they are within 60-90 days of completing all necessary documents and will be announced as soon as the contract is executed.

Douglas Square is also seeing groundwork for its newest storefronts. Construction for Marshall's is currently underway, with their location connected to Hobby Lobby. Five Below is being placed beside Marshall's, with a nail bar opening next door.

Construction for Mavis Tire, a discounted tire shop between Starbucks and Chick-fil-A, is also coming along.

Earlier this year, the City of Douglas announced many other tenants are moving into Douglas Square, including Publix, PetSmart, Ollie's Bargain Outlet, and Goodwill. Both Ollie's and Goodwill opened last month next door to Roses in Perimeter Plaza, with Publix and PetSmart scheduled to open in July 2023. Current businesses under construction in Douglas Square expect to be completed later this fall, with their grand openings happening soon after.

With the economic growth and expansion occurring in Douglas and Coffee County, job opportunities increase, as does the likeliness of even more businesses coming to Douglas. Statistics have shown when choosing a new location for a company, the potential growth and economic value of the area are key factors the developers consider.

When the City of Douglas announced the plans for the shopping center, they reported an estimated 200 new job opportunities for locals, which continued to rise.

Douglas Now will continue to post updates on all new businesses heading to Douglas and Coffee County, including their grand openings and completion dates.