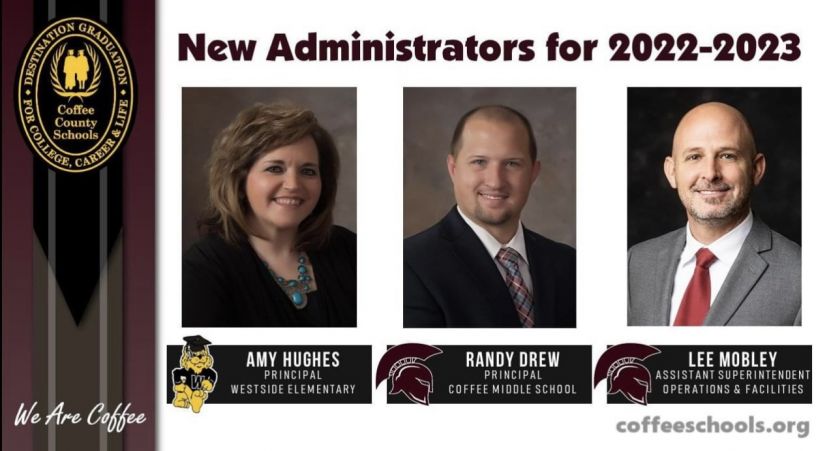 The Coffee County Board of Education named three new administrators at this week’s called board meeting.

Amy Hughes was named the new principal for Westside Elementary.  Completing her 26th year in education, Mrs. Hughes has served as a teacher and Academic Coach prior to her role in administration.  For the past eight years, she has served as the Assistant Principal for Instruction on the Westside campus.

Lee Mobley was named the Assistant Superintendent of Operations and Facilities for the 2022-2023 school year.  With 23 years in the field of education, Mr. Mobley has served as a teacher, 8th grade principal at Coffee Middle School, assistant principal at the former West Coffee Middle School campus and Principal of Broxton Mary-Hayes Elementary.   For the past nine years, Mr. Mobley has served as the Principal of Satilla Elementary School.