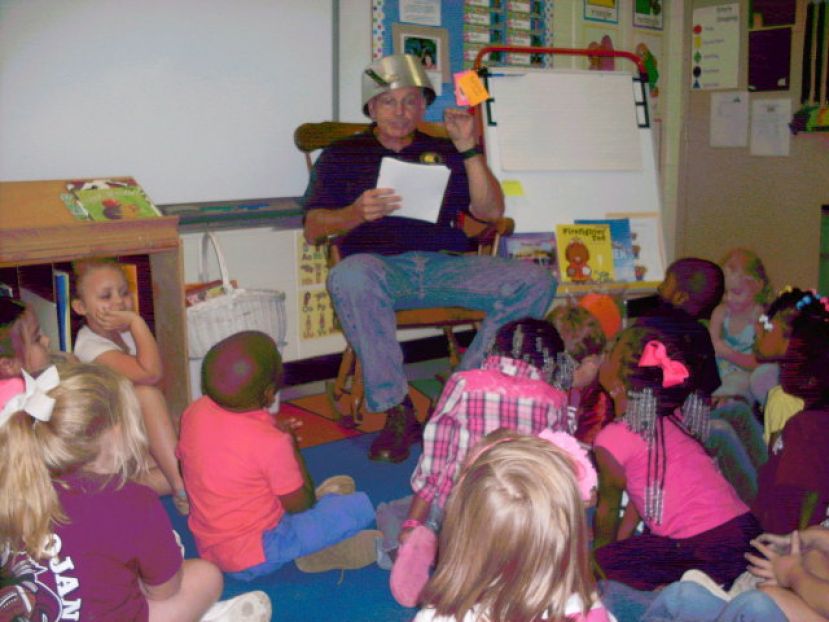 As the new season of fall has arrived, the Pre-K students at Eastside Elementary School were treated to the arrival of Johnny Appleseed. Mr. Appleseed shared his story of how he was given the name Johnny Appleseed as well as all the travels he has made during his lifetime. Mr. Appleseed shared with the young student how important the character education word for October, cooperation, has been for him meeting many new friends throughout his travels.

Johnny Appleseed brought his famous pot hat for the children to see and try on for size. He even told the children the secret to how he decided to start wearing a pot rather than a real hat. Mr. Appleseed brought along a book that had been written about him and read it to the students. It was amazing to learn about all the many apple trees that are planted all across America. Mr. Appleseed has been very busy.

Shown in the photo are students in Mrs. Beverly Barbaree’s and Ms. Shavette Owens’s Pre-k class listening closely as Mr. Johnny Appleseed (Eastside Principal Michael Davis) shares his many adventures and journeys exposing people to the goodness of apples.