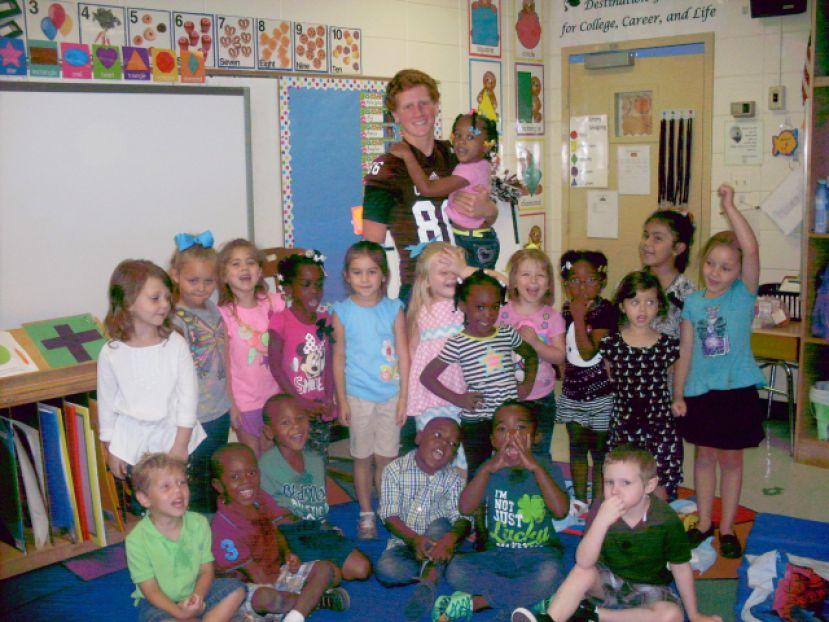 Many teachers and their classes are participating in Motivated Mothers’ “Adopt A Trojan” this year. Students at Eastside Elementary were treated to visits from many Trojan football players on Thursday, Aug. 28 to meet their adopted classes. Excitement is in the air as Coffee High football season begins and everyone is ready to cheer the Trojans on to victory. Several of the Trojans shared they were first Eastside Eagles when attending elementary school and what a special school it is.