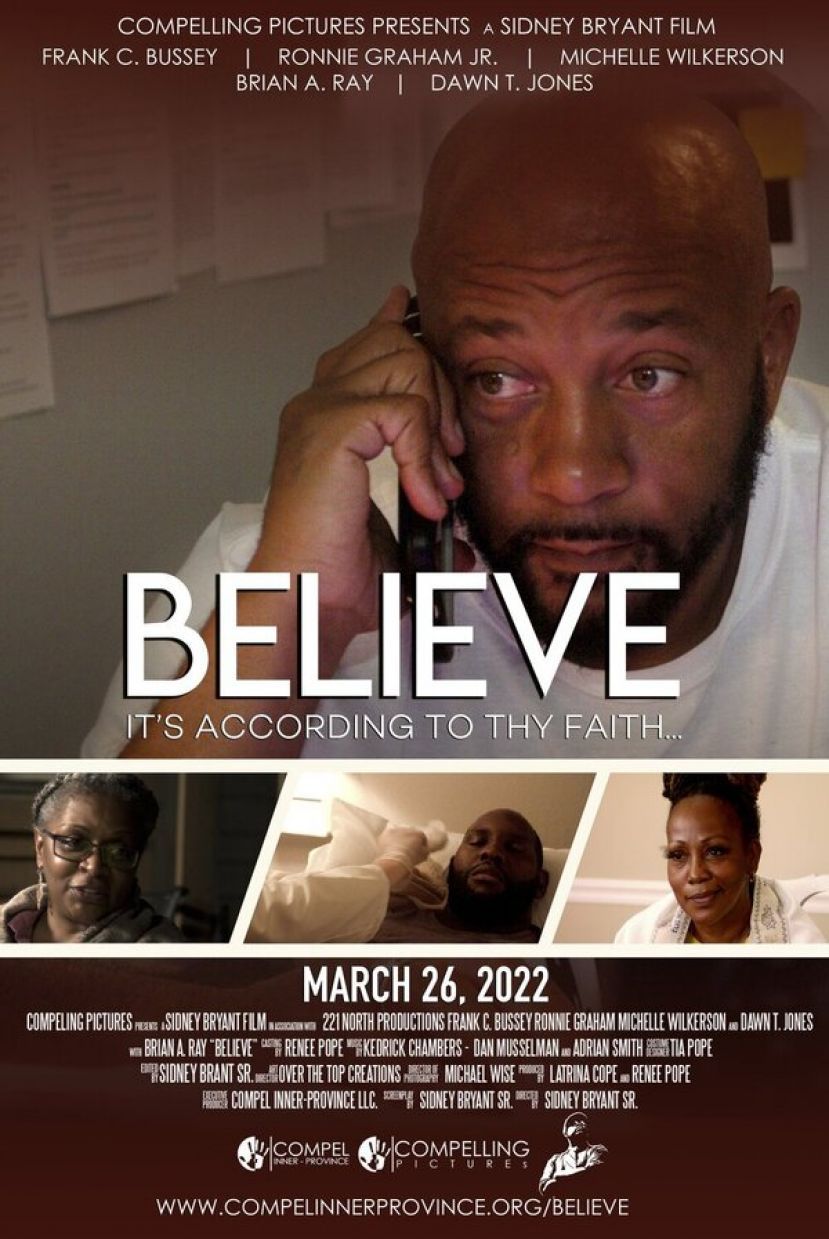 On March 2, 2022 Compel Inner-Province LLC. announced the premiere dates for their first feature film under the new Compel brand, “Believe” for a slated date of 03/26/2022 at 6:00PM and a red carpet gathering at 5:30PM. Upon the release of this date; it was brought to the attention of the producers that this date and time conflicts with the Coffee High School Annual Senior Prom.

Due to this conflict in schedule, Executive Producer Sidney Bryant Sr. has elected to honor this day for those seniors and their families and to allow them enjoy this monumental occasion.

Attendees who have already purchased their tickets will receive their tickets by mail with the correct date and time. Pastor Bryant, a native of Coffee County, started his film career in late 2010 producing several short films, and in the summer of 2012, premiered his first feature film entitled “Even Eye” in Douglas, Georgia at the Rockin 8 Cinemas theater. In 2015, he released his second feature film entitled “Surrender”, shot and produced in Fitzgerald, Georgia.

Compelling Pictures are now preparing to release the third feature film “Believe”. The film was also shot and produced in Douglas, Georgia in the summer of 2020. BELIEVE | 2022 Pastor Johnathan Roads (Frank Bussey) set out on an exercise of faith; he believes anyone can be healed from any illness if they only believe God has the power to heal them. In this powerful film, Julius Boyd (Ronnie Graham Jr.), suffering from a mental disorder and multiple tumors, finds the courage to trust God despite the end nearing… Will God heal him? Can God heal him? Will faith be his restoration or will death be his peace?

As part of this film’s release, Pastor Bryant and the Compel Church Family will be launching the Believe Movie Tour throughout the month of May, taking the film into local communities along with the fifteen minute Believe Sermon, introducing a new style of ministry for the new age church. Compelling Pictures like Compel Church is an entity of Compel Inner-Province LLC, an organization founded by Pastor Bryant as a company 100% dedicated to creating “Kingdom Experiences” ranging from entertainment, ministry and mentorship to restaurants, college fairs and eventually faith-based cities.

“Believe” will premiere at Empowerment Center International Ministries, located at 489 N. 206 Connector, Douglas, GA 31533. The red carpet event is rescheduled for April 30, 2022 to begin at 5:30PM. Advanced ticketing is now available at www.compelinnerprovince.org for $25. Same day ticketing is $30 at the door.

To bring the Believe Tour to your church or community, logon to www.compelinnerprovince.org/believetour.