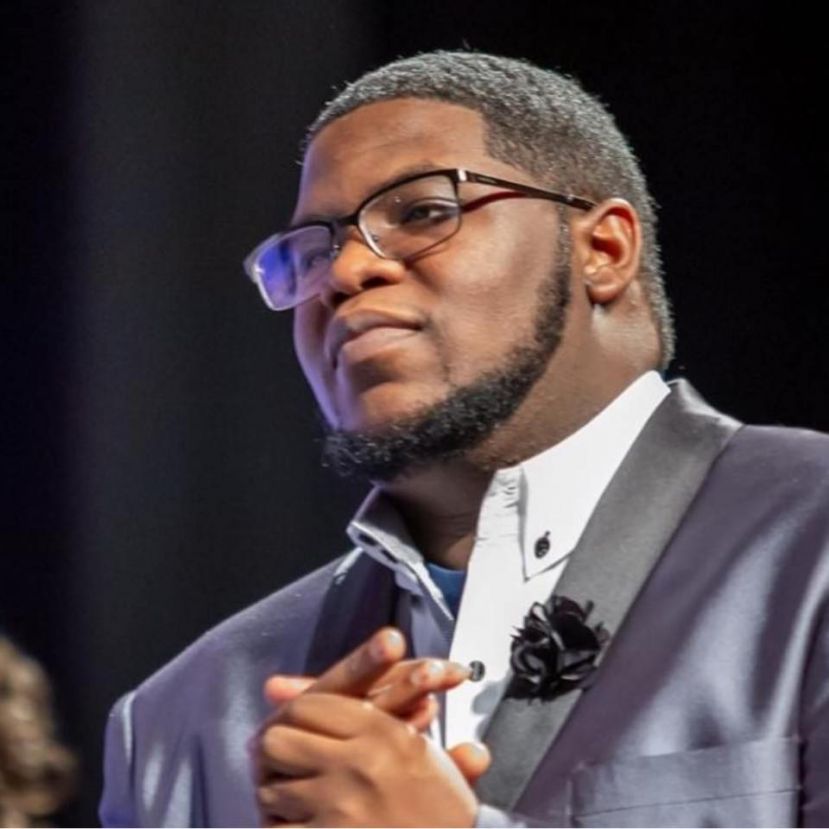 Students from Coffee High School's Public Service and Education Academy had a visit from local filmmaker, Sidney Bryant Sr., as he shared his knowledge about writing movies. Other academies joined in on the exciting conference on September 22 and together had over 65 students present in the Performing Arts Center.

Mr. Bryce Carver wanted to invite a guest speaker to talk to his Advanced Composition class, which is a class designated to teach students how to write. Class lessons have covered topics about characterization and narrative plot structure. Mr. Carver wanted to bring in someone who knew a lot about writing realistic characters and effective plot structures, but he wanted someone to whom the students could relate in some way. He thought of Mr. Sidney Bryant Sr. with whom he has worked for on film sets over the years.

Sidney Bryant Sr. is a local filmmaker with a journey that starts at Coffee High School. Bryant has written and directed over seven short and feature films. He offers praise to retired video and robotics teacher, Dr. Rodney Ragsdale, for motivating him to work in the film industry. It stuck. Now Bryant owns Compel Inner Province, LLC, which is a conglomerate with a film production branch called Compelling Pictures. Sidney Bryant Sr. has written and directed all of his films, which have been mostly shot throughout South Georgia including Coffee County.

Students and faculty gathered in the Performing Arts Center to see what Mr. Bryant had to say. Bryant walked the students through the process of writing a movie script with a Beat Sheet, which is a plot structure format much like the Hero's Journey. After his presentation, Bryant told the students his inspirational story of how his film journey started at Coffee High School. Right at the end, Mr. Sidney Bryant Sr. offered the students a $1000 scholarship to the first student to write a meaningful 10-page script and submit it. Anyone interested in the scholarship opportunity should talk to Mr. Carver in room E-8 for more information.