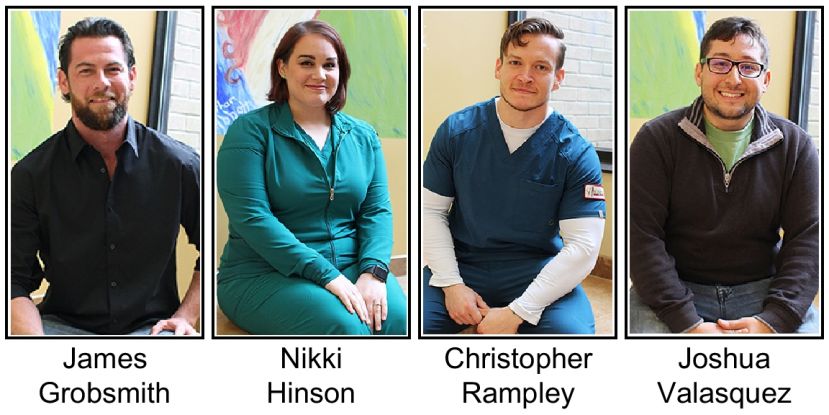 James Grobsmith chose the Barbering program to make a difference in how both men and women feel about themselves and looks forward to opening his own barber shop after graduation. James works full-serving as Wiregrass’ SkillsUSA Chapter President. Another Radiologic Technology student, Chris Rampley, chose his field to make a difference in the lives of others. He’s found at Wiregrass he has hope for a time and drives daily from Waycross since Wiregrass has the closest Barbering program to him. Nikki Hinson was a stay-at-home mom who wanted to pursue a career as a radiology technician. She stays busy better career. Joshua Velasquez, a former Marine, is preparing for his career in Air Conditioning at Wiregrass. The hands-on-training and academic knowledge he’s learning is equipping him for this career.

GOAL, a statewide program of the Technical College System of Georgia, honors excellence in academics and leadership among the state’s technical college students. GOAL winners are selected at each of the state’s 22 technical colleges, as well as one Board of Regents college, with technical education division.

GOAL winners from each college will compete in regional judging in February. In April, all college winners will come to Atlanta where the nine regional finalists, three finalists from each of the three regions, will be announced and compete at the state-level. One student will be named as the statewide GOAL winner.

"The purpose of the GOAL program is to spotlight the outstanding achievements by students in Georgia's technical colleges and to emphasize the importance of technical education in today’s global workforce," said Lydia Hubert.

According to Hubert, a screening committee of staff members at Wiregrass selected the four semi-finalists from a list of 24 students nominated by their instructors.

"The next step is for a panel of business, civic, and industry leaders from the community to interview and evaluate these four students and select one to be the college’s 2019 GOAL winner," explained Hubert. “The one judged most outstanding will compete in the South regional judging. Three finalists from the South region will be named and will compete in the state GOAL competition in Atlanta in April, and vie to be named as the 2019 statewide GOAL winner.”

The state GOAL winner becomes the student ambassador for the Technical College System of Georgia and receives the grand prize of a new car.