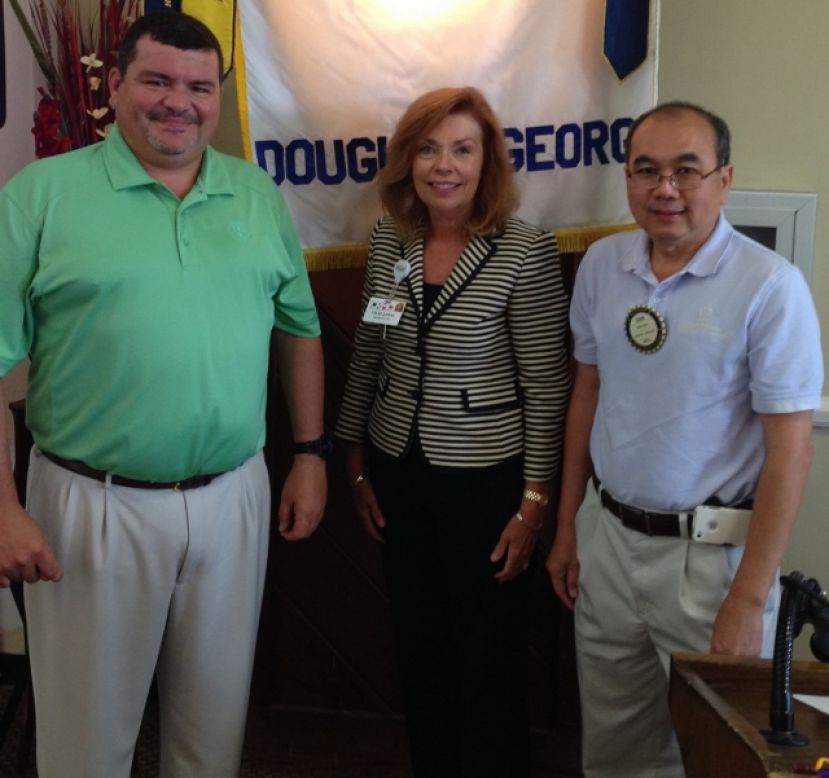 Mrs. Lewis gave a great program updating the club and its guests on the current state of Coffee Regional Medical Center. Mrs. Lewis reviewed many areas of interest for CRMC, including how she and the board of directors plan to navigate the current State of Georgia and national healthcare issues.

The main concern seemed to include how to best cut costs in order to overcome the effect of Medicare and indigent care cost burdens on CRMC. Mrs. Lewis reviewed independent stats showing just how vital CRMC’s healthcare system is for Coffee County's economic well-being, providing not only vital healthcare but also jobs in this community. She also included the impressive new healthcare staff that has joined CRMC in recent months, a staff that is being developed constantly to bring our community the best healthcare.

We would like to thank President Vicki Lewis and her team for bringing such an informative program.