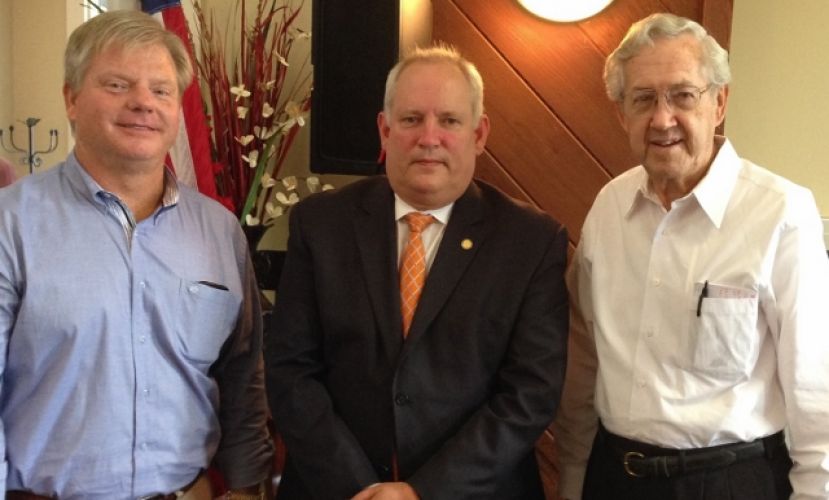 The Douglas Rotary and Exchange Clubs held a joint meeting on Thursday and welcomed guest speaker Mr. Brian Owens, Commissioner of the Georigia Department of Corrections.

Mr. Owens discussed the decline in prison population as a result of state efforts to rehabilitate those incarcerated for drug convictions and other non-violent crimes.  Commissioner Owens explained that the state is constantly working to improve job options for felons. He said that the State of Georgia is taking steps to better prepare and socialize incarcerated convicts in an effort to help them not only find jobs but, most importantly, keep those jobs once released from prison.

To improve chances of finding work when released, he also explained that many of those incarcerated are offered training in high-demand technical fields such as diesel mechanics and CDL licensing.

Commissioner Owens was very complimentary of Douglas and Coffee County and congratulated the community on having county and city leadership that work so well together to make this a better community.

Both the Douglas Rotary Club and Exchange Clubs would like to thank Commissioner Owens for taking the time to speak with our members and guests.