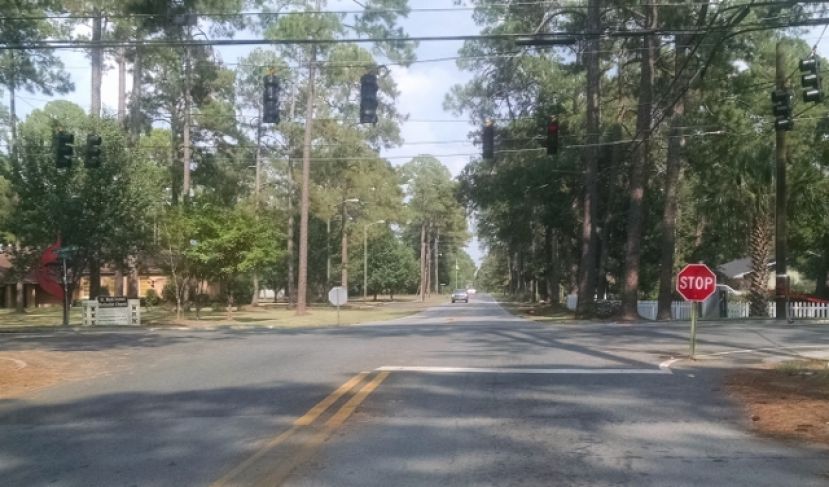 Jerry A. Hudson/DouglasNow.com Temporary stop signs have been erected at the intersection of Walker St. and Gaskin Ave. due to a malfunctioning traffic light. City officials state the light could be out for several days and are asking motorists and pedestrians to utilize caution.

Officials with the City of Douglas are asking motorists and pedestrians to use caution over the next several days when passing through the intersection of Walker St. and Gaskin Ave.

The traffic light at the intersection is currently flashing “red” due to a problem with the controller, officials with the city say, and temporary stop signs have been erected indicating the area as a four-way stop.

The Georgia Department of Transportation and City of Douglas Electric Department have been notified and hope to have the issue resolved no later than Tuesday, Aug. 19th.

-Submitted by the City of Douglas