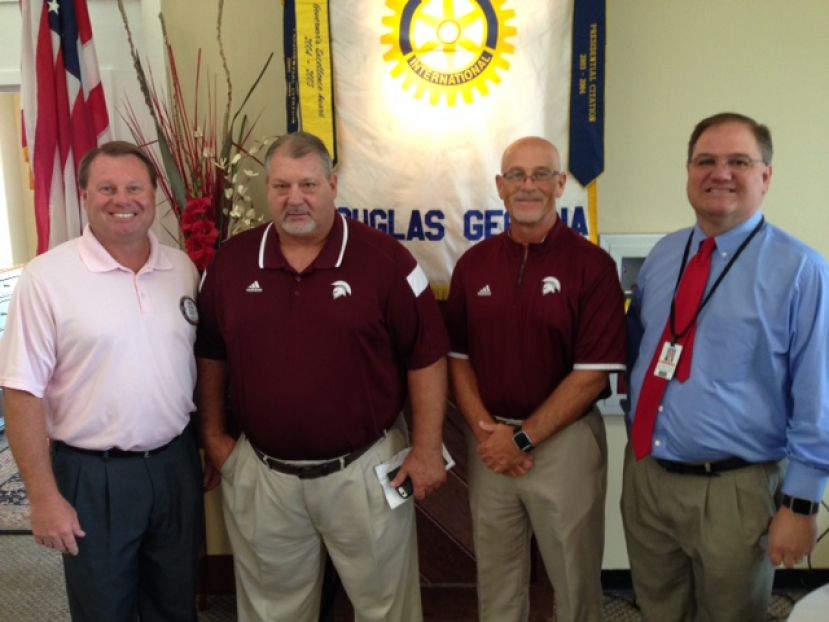 On the eve of a big non-region showdown between the Coffee Trojans and the Tift County Blue Devils, Coffee head football coach Robby Pruitt and defensive coordinator Randy Garrett shared a few thoughts about the 2017 Trojans with the Douglas Rotary Club Thursday afternoon.

Each year, the two coaches visit the club; however, they usually stop by in August before the season begins. This year, though, scheduling difficulties delayed them until late September. Even though the Trojans are 3-0 on the season, the team still faces a great deal of uncertainty, particularly offensively, as the region schedule approaches.

Both coaches discussed their respective sides of the ball and what they’ve learned about the team as the season has progressed. The game with Tift, a battle of two top-10 schools in their classifications, should go a long way in demonstrating how far the Trojans have come – and how much more they need to improve – as the region schedule nears