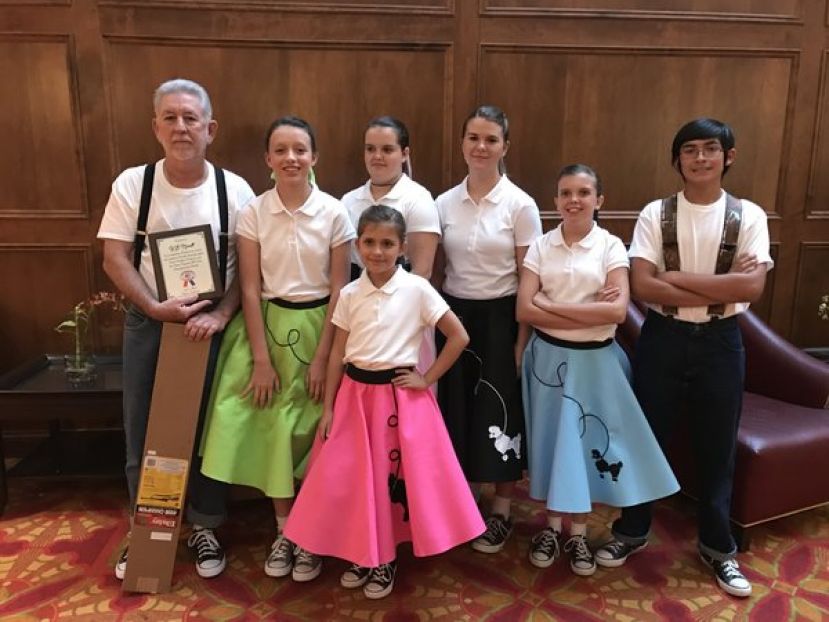 W.B. Merritt has been coaching the Coffee County 4-H BB gun team for 25 years now. He just made his sixth trip to the National BB Gun Championship. DouglasNow asked Mr. W.B. what has kept him coaching for so long.

“It’s the kids, seeing them enjoy it”, he said. And besides that, they’re pretty good. At the 2017 annual Daisy National BB Gun Championship Match in Rogers, Arkansas, the Coffee County 4-H team placed 16th out of 76 teams. It’s a bit off the mark they set in 2013 when the Coffee County Team came in third, but still well within the top 20 percent of the competitors in the U.S.

But all this competition and travel comes with a cost. Their hotel room in Arkansas was provided by the National 4-H Council, but that’s all that 4-H provides. For other expenses the Coffee County 4-H team looks to a supportive community. The good people at Jerry J’s allowed W.B. to place a gift basket in their restaurant on Highway 158. The team was able to raise around $500 raffling it off. The kids also spent one night as guest servers at Hungry Howie’s on Peterson Avenue. That provided them with around $400.

Mr. W.B. started coaching because of his daughter, Casey Merritt Stewart. She’s all grown up now and is Nurse Manager at the Coffee County Health Department. But it’s still a bit of a family affair. Allison Merritt is Mr. W.B.’s granddaughter.

Mr. W.B. knows a few things about kids and BB guns, and he said it takes about three or four years of practice for a kid to settle in as a shooter. Before that they generally can’t compete because as Mr. W.B. says, “They move around too much.” The Daisy Nationals is sanctioned by the National Rifle Association. There are four shooting styles - prone, standing, sitting, and kneeling - along with a written exam. Taken together, the five parts allow each shooter 500 possible points. Coffee County’s Kate Vickers scored a perfect 100 on the written exam. And the youngest shooter, fifth grader Harleigh Hope, was able to bring home an impressive 450 total score.

But it’s not all steely-eyed shooting and examinations. The team had plenty of time to meet other kids from all over the U.S. They had a “barter night” at the match. Seventy-six teams brought produce and goods from their corner of the nation to exchange with one another. Mr. W.B. brought some of the syrup that he makes along with T-shirts from Moore Than Graphics and locally produced peanuts. All were big hits with the other competitors.