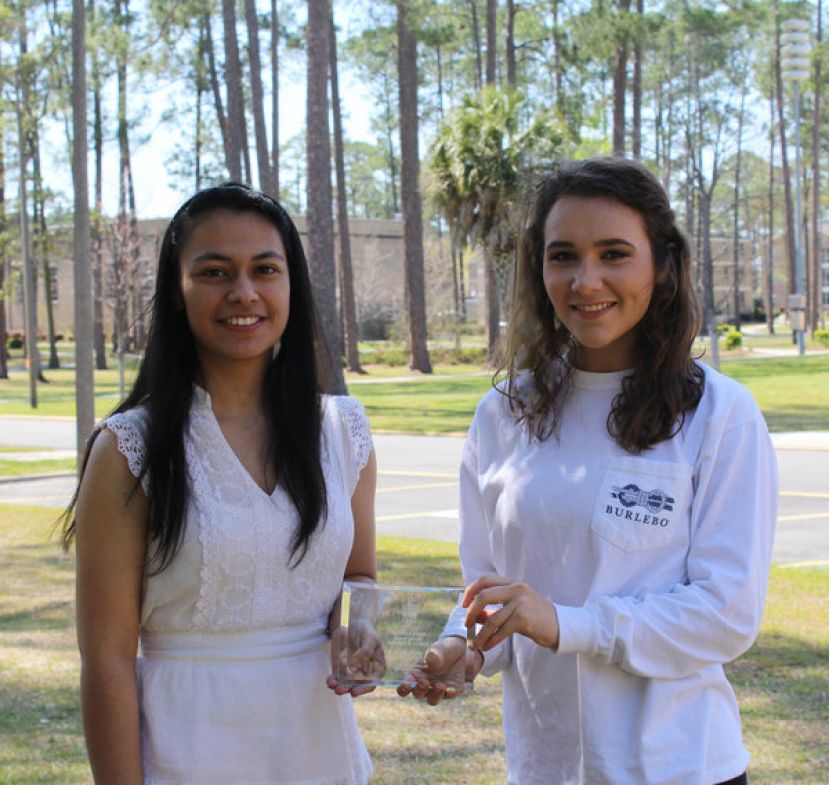 The Phi Theta Kappa Honors Society chapters of South Georgia State College were represented at the Georgia Regional Spring Conference at Georgia Highlands College in Cartersville by advisors Amy Hancock and Ame Wilkerson and chapter officer Mark Freeman. SGSC's chapter on the Douglas Campus, which includes entry program, online, and Move On When Ready students, is Kappa Sigma and the chapter on the Waycross Campus is Alpha Rho Omega.  Students are eligible to join after completing at least 12 semester hours with an overall grade point average of 3.5 or higher.

At the conference, both SGSC chapters were awarded five star status in the chapter development plan, the highest ranking that can be received. This plan, which reflects the scholarly ideals of Phi Theta Kappa, serves as a blueprint for developing a strong chapter and for earning local, regional, and international recognition. Participation encourages excellence and recognizes progress in the attainment of goals set by the chapter. Out of the 31 chapters in Georgia, only seven reached five star and SGSC's chapters made up two of those.

Kappa Sigma chapter was also awarded a Theme Award for its Honors in Action project on exploring the dangers of extinction of mutualistic partners of flowering plants, bees, and hummingbirds and what could be done to help with this issue. With this recognition, the chapter is now eligible for an award at the national level during the Catalyst Conference for Phi Theta Kappa in Nashville in April.

This past Phi Theta Kappa term, the Alpha Rho Omega chapter was elected to serve as Vice President Chapter for the Georgia region. In this position, the chapter hosted the fall regional conference. Mark Freeman, an Alpha Rho Omega member and chapter president, served as the representative for the chapter at the regional level. He will represent Georgia and our chapters at the International Convention in Nashville in April by walking across the stage in front of 4000 attendees during the Parade of Flags. He also had several duties during the year for the region and at both conferences for Georgia. At the conference this weekend, the Kappa Sigma chapter was elected to serve as Chapter Relations Officer for the upcoming term.

Mark Freeman was also selected to receive the student scholarship to attend Honors Institute at Loyola University in Chicago this summer and Amy Hancock was selected to receive the advisor scholarship. The scholarship covers registration fee, lodging, and meals. Honors Institute is known as the crown jewel of Phi Theta Kappa programming and will include guest speakers and training for advisors, members, and regional officers.