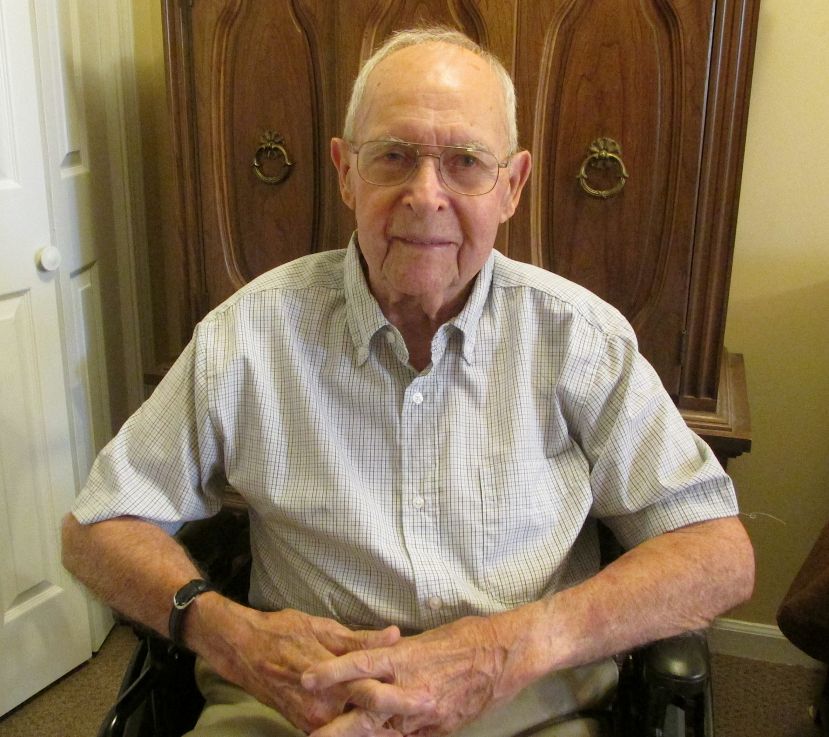 James W. “Jim” Loop of Douglas recently contributed a collection of approximately 86 books on World War II and other wars to the Satilla Regional Library.

The collection was accumulated by Mr. Loop, a World War II combat veteran, over his lifetime after his service in the European theater during the war.   The collection has particular emphasis on the Battle of the Bulge, in which Mr. Loop participated, and the various battles both before and after as America and its Allies retook Europe from Nazi Germany and crushed the German war machine.

Jim Loop moved to Douglas in the 1950’s from Ohio, where he graduated from Ohio State University.   Jim relocated to Douglas as the first general manager of the Swift Packing Company, Coffee County’s first major industrial recruitment. He served Swift and its successor companies in the poultry industry at various locations for over forty years.

Satilla Regional Library Director Mark Cole accepted the collection with “grateful acknowledgement and appreciation” to be used in fulfillment of its mission and for resale to raise funds for the library.

Mr. Loop’s defense department discharge papers acknowledge his service in the European theater during 1944-1945 and states he was awarded three bronze stars for his service during the war.