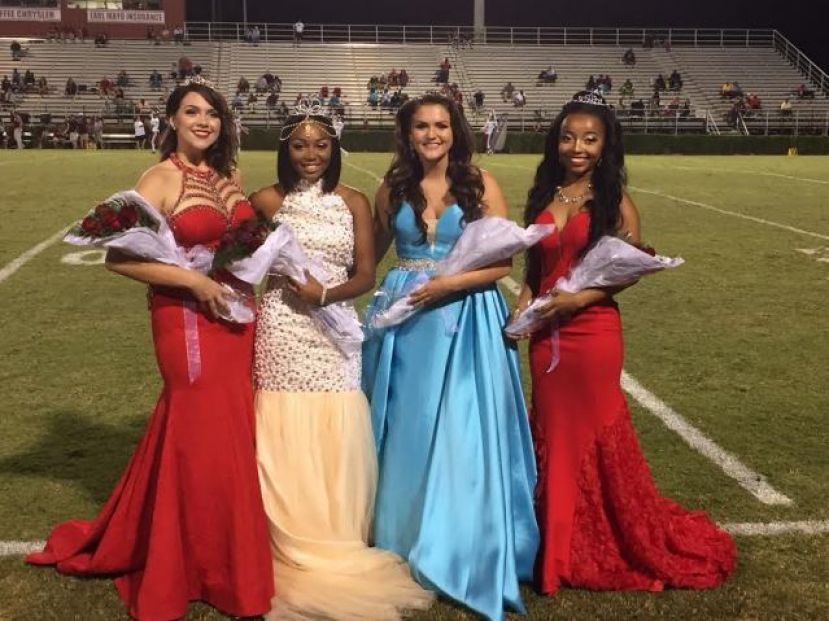 For the first time in the history of Coffee High Homecoming, the CHS student body named three Homecoming princesses instead of the customary two. Along with the queen, that gives the school a total of four winners from the pool of Homecoming court nominees.

The Homecoming princesses are Donna Leigh Harper, Mariah Hutchison, and London LaCoste. The 2016 Homecoming queen is Tiffany White. The winners were named last night during halftime of the Trojans’ game against the Warner Robins Demons. Coffee won the contest 56-22.