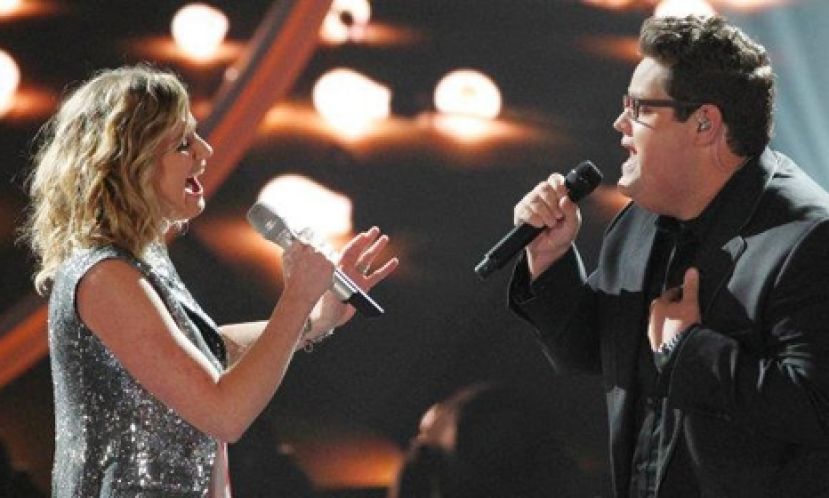 Photo courtesy, tasteofcountry.com Douglas natives Jennifer Nettles and John Glosson perform together on the TV show "Duets" in this 2012 photo.

The Pepsi Concert series is proud to announce Douglas native Jennifer Nettles will perform her “Time to Celebrate Christmas” live at The Pavilion at The Centre of Tallahassee on Friday, December 9, 2016.

Jennifer is known primarily for her role as lead vocalist of the duo Sugarland, alongside Kristian Bush. Before Sugarland's inception, she also fronted Atlanta-based bands called Soul Miner's Daughter and Jennifer Nettles Band. She also charted as a duet partner on the country version of rock band Bon Jovi's 2006 single "Who Says You Can't Go Home," a Number One hit on the Billboard country charts.

In 2003, Nettles teamed up with Kristen Hall and Kristian Bush to form Sugarland.

Nettles announced in May 2013 that she would begin working on a solo album. Her first solo single, "That Girl," was released in August. Nettles co-wrote the song with Butch Walker, and Rick Rubin produced it. The album, also titled That Girl, was released on January 14, 2014.

For six years in a row, Jennifer has hosted the CMA Country Christmas on ABC.

WHERE: The Pavilion, Tallahassee, FL

All tickets are subject to applicable handling, convenience, and facility fees.

The Pavilion at The Centre of Tallahassee, in Tallahassee, Florida, is the Capital City’s premier entertainment destination, featuring a 10,000-person capacity venue. Formerly known as the Tallahassee Mall, the property has just completed a major renovation by Alabama-based developer Blackwater Resources. At completion, the property will boast over 800,000 square feet of retail, restaurant, and entertainment space.