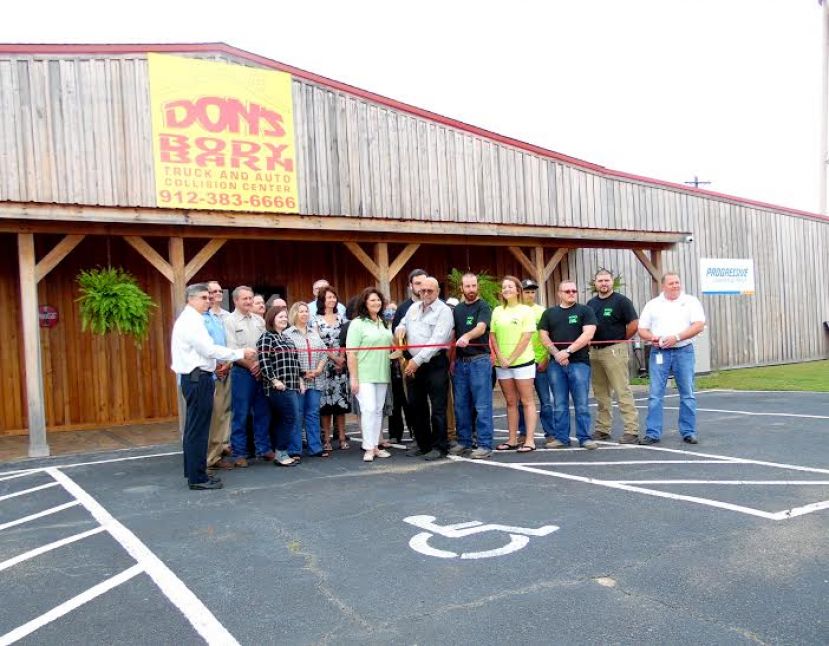 The building at 2161 Industrial Boulevard has undergone a complete transformation as Don Wildes of Don’s Body Barn claims it for his new location. Connie Peacock initially showed Don the property in February, and it was in a state of disrepair. Renovations began in April and late last week, the Chamber of Commerce hosted a ribbon cutting for the business.

Don Wildes has been repairing vehicles since he first began as a mechanic in his backyard 34 years ago. He has owned his own business since 1984, the same year he got out of the military, and has done auto repairs all over the world, including in Africa, South America, and Alaska. Don’s Body Barn is a family owned business with several of his family members working with him. He thanked the community for their support and expressed how truly blessed he and his family were to be where they are today.

County Commissioner Jimmy Kitchens, Stanley Lott of the Georgia Department of Labor and Mayor Pro Tem Richard Hutchinson all expressed gratitude to Don Wildes for providing jobs, business, and infrastructure to the economy of Coffee County and Douglas. Richard Hutchinson stated that Wildes set an example to everyone in Coffee County as to what the community is all about: growth and success.