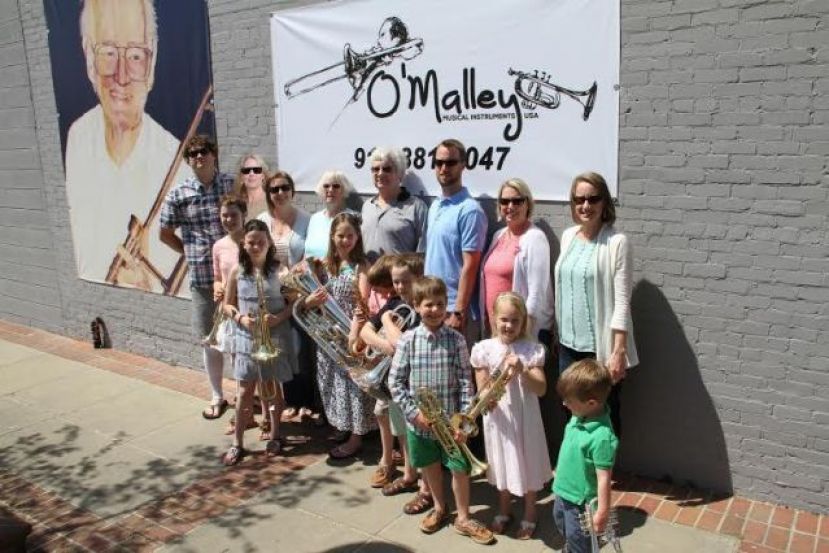 It’s very likely that some Coffee County High School alumni driving down South Madison Avenue in Douglas have been greeted by a familiar face. On the corner of East Bryan Street and South Madison sits O’Malley’s Musical Instruments, owned by the son of John Maley, who served as band director for Coffee County High School for 20 years, from 1964 to 1984, and whose face can be seen smiling on the wall of the new business. John Maley’s musical excellence is well remembered and respected by much of the Coffee County community and beyond. His love and affinity for music was also a trait he has passed to his family. Danny Maley, John Maley’s son, opened the O’Malley’s store after three years of research and selling instruments primarily online.

Because of his love of music, Danny Maley sought to provide affordable instruments to area band members and music lovers alike. He has also built an experienced team to run the store and help customers meet their musical needs. With their experience, they are able to advise new students and professionals alike rather than just make a sale. The manager of the O’Malley’s, Douglas native Bill McIntosh, is a former band director and a professional musician. Terry Kenny is the educational consultant that works with schools and their bands, and he is a retired band director of over 30 years. Together the three have over 150 years experience in music.