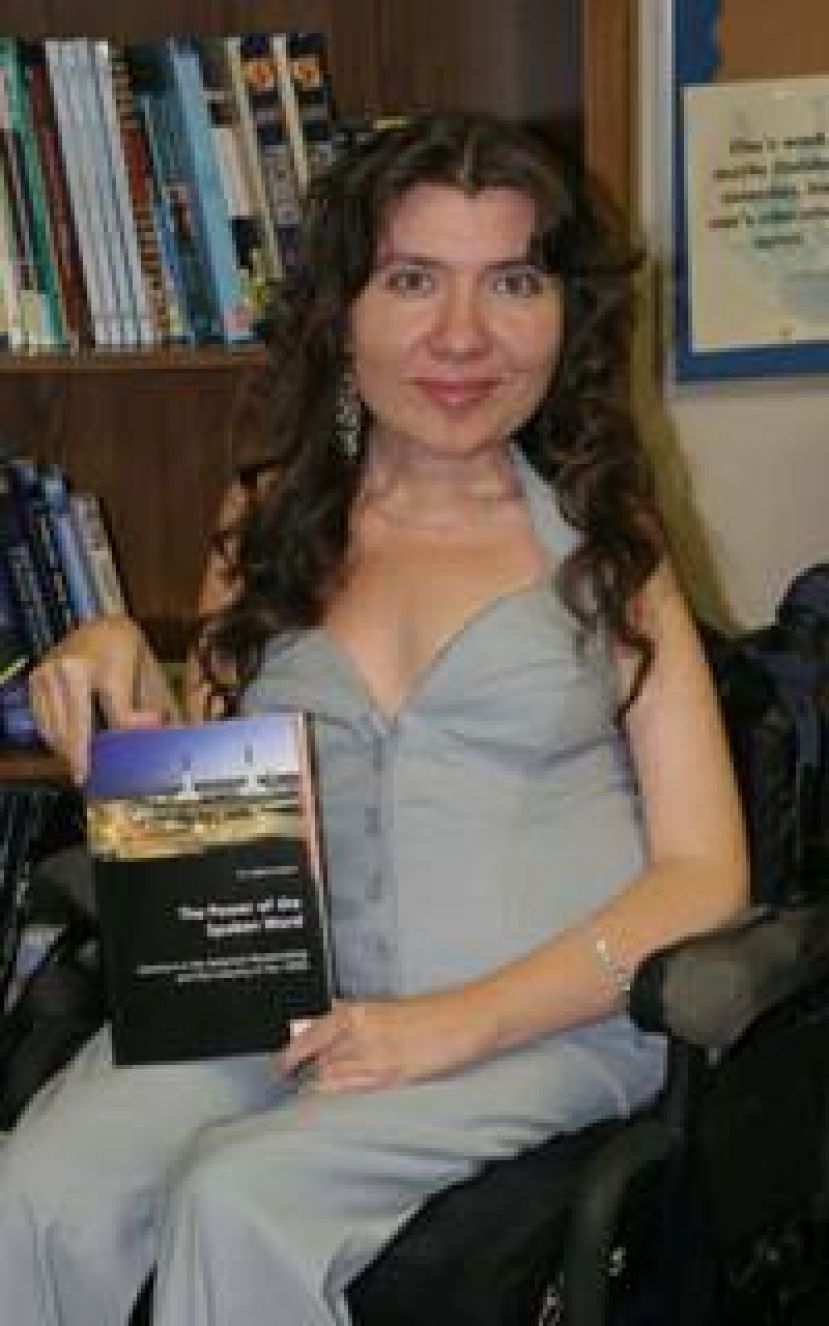 Dr. Codrina Cozma, an Associate Professor of English at South Georgia State College, is in a life-threatening situation right now. She is in vital need of assistance, and you may have exactly what she needs.

Dr. Cozma suffers from muscular dystrophy combined with scoliosis. In order for her to work, drive, and complete many of the other daily tasks that we all take for granted, her condition requires her to sit on a cushion. Having the proper cushion upon which to sit supports her body, enables her to breathe easily, and provides her the mobility she needs to go about her daily routine. Unfortunately, at the moment, Dr. Cozma is without such a cushion.

In 1990, Dr. Cozma began using a cushion manufactured by Roho, the 9x9 High Profile model. It provided the life-sustaining support she needed. Using these cushions, Dr. Cozma completed her education (including a Ph.D.), became a professor and translator, and learned to drive using a joystick. Her last Roho cushion was manufactured in 1997, and she used it until 2013, when it finally wore out. When Dr. Cozma went to replace the cushion, she discovered that Roho no longer made a cushion exactly like the one she had been using. She thought other Roho models would work. They did not. Dr. Cozma tried cushions from other manufacturers. They wouldn’t work, either. The cushions were either too soft, which caused Dr. Cozma to sink into the cushion, or too hard, which resulted in skin sores.

In an effort to obtain a cushion exactly like the 1997 model she had been using, Dr. Cozma contacted Roho directly. She exchanged emails with the company on several occasions. She corresponded with Roho CEO Robert Graebe and Darren Hammond, Senior Director of the Roho Institute. Likewise, several specialists who treat Dr. Cozma wrote letters to Roho stating why she needed a cushion that replicated the 1997 High Profile.

The exchanges were amicable, but the company was not able to offer much in the way of assistance. An email from David J. McCausland, Roho’s Senior Vice President for Administration and Government Affairs, dated Sept. 2, 2014, outlined why the company cannot reproduce the 1997 cushion. In the email, McCausland wrote that the manufacturer of the base compounds used in the 1997 cushion went out of business. As such, Roho cannot obtain the exact same materials today. Also, McCausland wrote that other materials used in the cushion aren’t available or are no longer approved for use. He added that Roho’s team looked into Dr. Cozma’s request and would not be able to re-create the 1997 cushion.

Currently, Dr. Cozma is getting by with a 2006 Roho High Profile. However, the different cell design and softer, less elastic, and thinner rubber in the 2006 model compromises Dr. Cozma’s mobility and breathing. In short, everything Dr. Cozma does on a daily basis, from brushing her teeth to driving and teaching her students, is in jeopardy. She needs help, and someone reading this story may be able to prove assistance. First of all, she is looking for individuals who might have a 1997 High Profile in good condition somewhere in their home that they would make available to her. She would also like to hear from Roho customers who are experiencing similar issues to hers. If you are suffering from similar effects of newer Roho cushions, visit www.codrinacozma.wordpress.com. You can also visit the Roho Cushions Customers Facebook page, which Dr. Cozma also created.

Also, Dr. Cozma hopes that there is someone reading this who has expertise in rubber dipping or medical products design who could possibly create a serviceable cushion for her. And maybe someone out there has the financial and political connections to further negotiate with Roho on Dr. Cozma’s behalf. These are big requests but Dr. Cozma is in what has become, quite literally, a life and death situation.

More in this category: « Candlelight vigil for Malik Sparkman scheduled for June 12 Missoula Children’s Theatre and Coffee Alliance for the Arts to present Aladdin, auditions June 15 »
Login to post comments