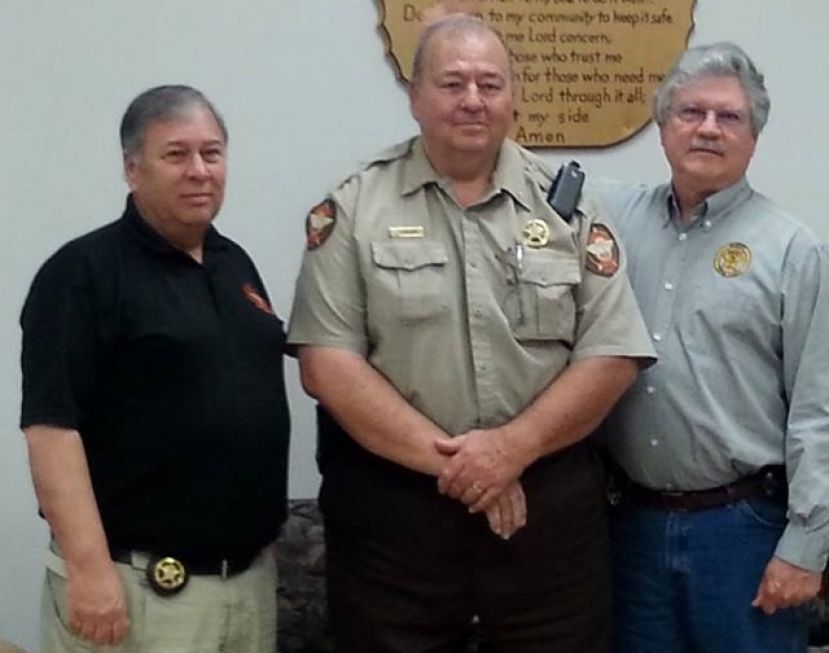 Courson retired from the Coffee County Sheriff’s Office on April 30, 2014. Sheriff Wooten and his staff honored him with a cake and presented Courson with a plaque thanking him for his loyalty, dedication and service to the citizens of Coffee County.

Courson says his plans for retirement include gardening, fishing, and spoiling his 14 grandkids, as well as chauffeuring his wife of 45 years, Mrs. Glenda.

Mr. Courson will continue to work with the sheriff’s office as a reserve deputy.

More in this category: « Douglas-Coffee Co. Chamber of Commerce Friday Facts for May 1 Jill Griffis named Eastside's 'Teacher of the Year' »
Login to post comments