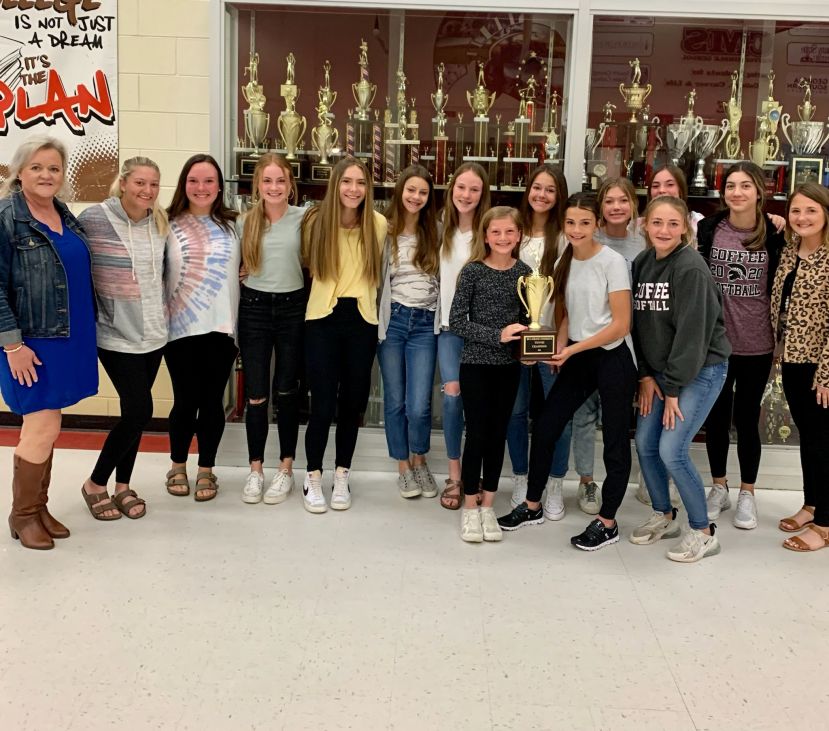 The girls' team went into the tournament undefeated at 6-0 and remained undefeated breezing through their 2nd round after a bye in the first. They went into the Championship round and dominated to come out on top. Girl’s top 7 players are 1st Singles Lanie Griffin, 2nd singles Emme Cole, 3rd singles Caroline Crawford, 1st Doubles team of Channah Smith & Bailey Palmer, and 2nd doubles Emelia Brown & Joella Carver.