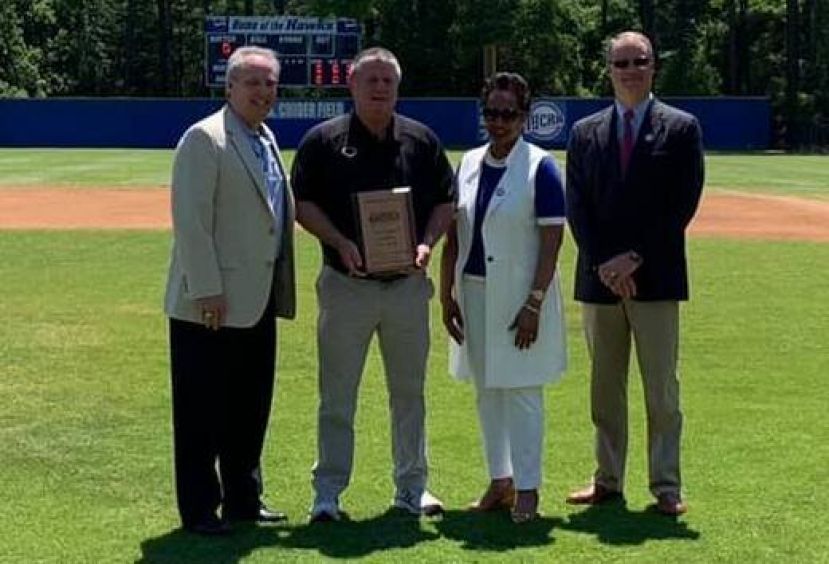 Coach Sims coached South Georgia for 21 years (1990-2011) and amassed 589 victories. During his tenure he led the Tigers to 18 postseason appearances (including 16 consecutive) and finished runner-up in the region five times. He saw 18 of his players drafted and one, Jason Childers, play Major League Baseball.

In his final season as head coach in 2011, SGC won the East Central District and advanced to the NJCAA Division I World Series in Grand Junction, Colo. There the Tigers went 1-2 in their first appearance in the tournament since 1970 and the team received the W. Homa Thomas Sportsmanship Award.

In addition to his contributions on the field, Coach Sims served as the NJCAA Region 17 Assistant Men’s Director from 1999-2009. Well respected by his peers, he was the chair of the Region 17 baseball committee from 1996-2000 as well as chair of the region’s standards and ethics committee from 2000-11.

To honor Coach Sims, the college named an SGC Foundation scholarship after him in 2012.