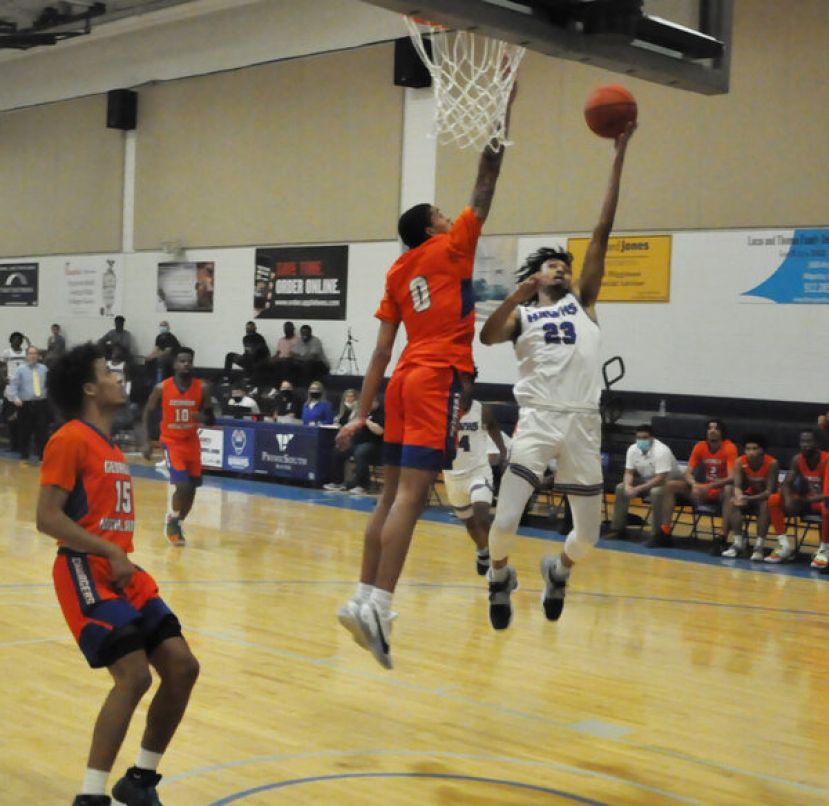 The No. 19 South Georgia State College Hawks scored the first nine points of overtime Thursday night and held on to defeat the No. 21 Georgia Highlands Chargers 116-106 in a battle of NJCAA Top 25 teams.

The Hawks led 91-85 with 2:28 remaining in regulation and watched the Chargers defensive pressure cut the lead to one (91-90) in a span of 27 seconds. Daniel Parrish’s layup with 55 seconds to go gave SGSC a 93-90 lead. On the next possession, the Chargers TJ Horton hit a three-pointer with 39.1 seconds left to tie the game.

The Chargers forced another turnover with 31 seconds left on the clock. GHC’s Jarrel Rosser’s putback gave the Chargers a 95-93 lead with 3.9 seconds left in regulation.

Following a timeout, SGSC’s AJ Spencer threw the inbounds pass the length of the court to Jalen King who was fouled on his shot attempt, sending the Hawks to the free throw line with 2.8 seconds to go with a chance to tie the game. King’s foul forced an injury substitute to shoot the free throws, and Spencer hit both to send the game into overtime.

The Hawks will return to action next Thursday night, March 4 in Waycross against South Georgia Tech. Tip for the game is set for 7 p.m.