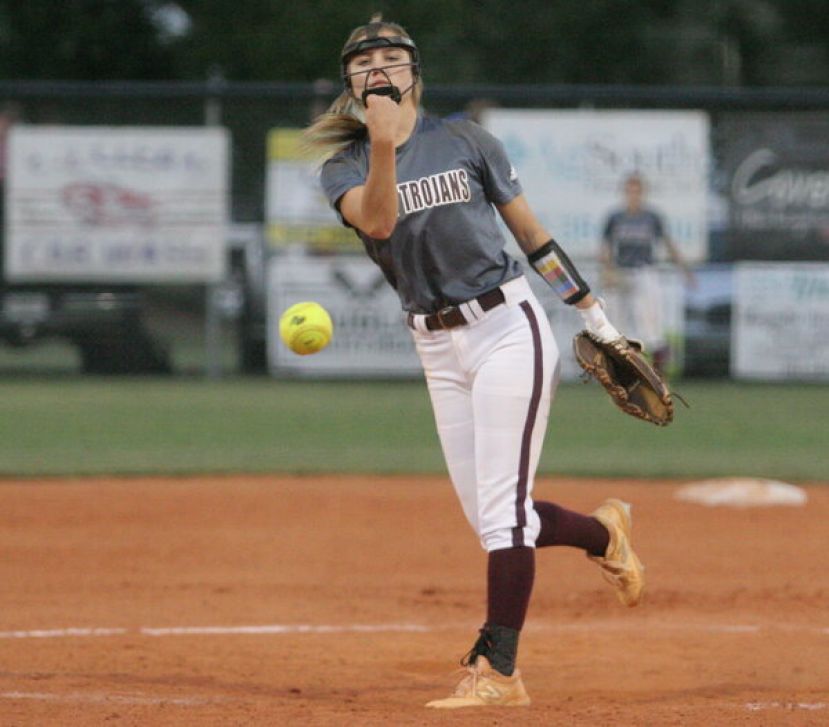 The Lady Trojans wrapped up the 2020 season with a best of three series loss to Jones County, a team that lost in the finals to Locust Grove in 2019 and is favored to win the 2020 state title.

Game 1 saw the Lady Trojans get no-hit behind the arm of junior righthander Destin Howard. Reagan Thomas pitched well allowing only one earned run but the Coffee offense was unable to figure Howard out.  Thomas struck out nine in the loss without a walk.  Game 2 saw the Lady Trojan offense explode for eight runs including two long homers by sophomore Hannah Capps to set the tone.  Jenna Graham also added a pair of hits while Heidi Woodward and Alden Smith had a hit each.  Capps' two bombs drove in four for Coffee while Madison Strickland only surrendered three hits for the Greyhounds.  Strickland struck out 11 in game 2 for the win.  In the rubber game, Destin Howard was again the difference holding Coffee to two hits both by Hannah Capps and lost 7-1.

"We faced a pitcher who is ranked in the Top 25 nationwide by recruiting services and she was just that good.  She spun it really well and her velocity was the difference, clocked as high as 68-69 during the 2020 season. If you're looking for something to measure by Howard is a pretty good example," stated head coach Stan Hughes.

For only the second time in history the Lady Trojans won 20 games again this year,  won 23 in 2018 also.  "This senior class won more games than any class in history and are to be commended for the job they did," stated Coach Hughes.  Coffee finished the season at 22-8 and ranked in the top 10 for the second time in three years.