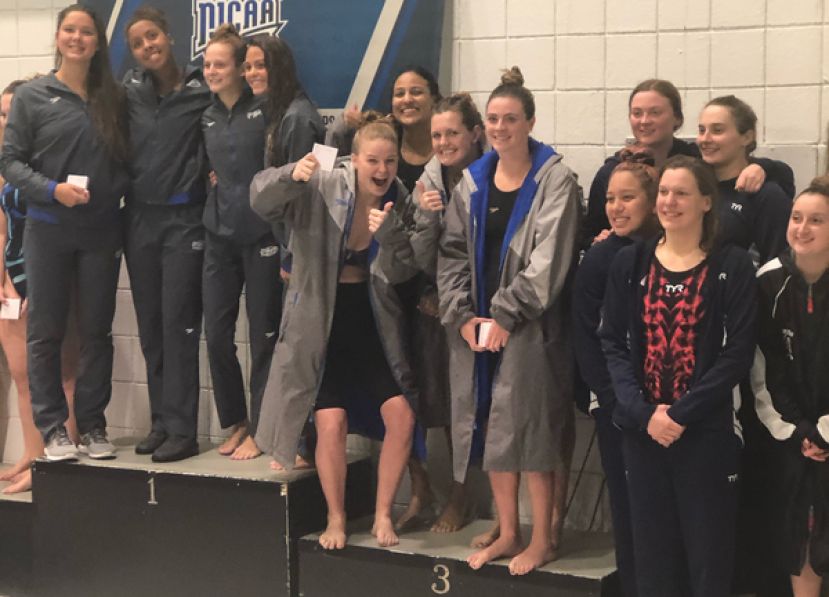 The NJCAA national swim meet is unfolding according to South Georgia State College’s plan. After two days, SGSC women are in second place while the men are in a very close fifth place spot. "We had a very good day of swimming yesterday and I expect the women to hold onto their second place spot over the next two days and the men to climb out of fifth into third by the end of the meet," commented head coach CM Jenkins. The meet is taking place in Buffalo, New York.

Starting the scoring off for the women was freshman Kristin Farless, who had a seventh place finish in the 50 back while setting a new school record with a time of 28.2 seconds. Freshman Anna Beth Deck joined in the scoring with another seventh place in the 400 IM. The women also had two podium finishes in the 100 butterfly. Sophomores Abigail Aldridge and Lindsey Garrison finished fifth and eighth respectively. For the men, freshman Wyatt Dalton had a fourth place spot in the 50 backstroke while sophomore Ryan Buckzowski finished in eighth place.

Perhaps the best showing of the meet by the Hawks swimmers were at the end of the session in the 400 medley relay. Both women and men relay teams finished in third place in the highly competitive races. The women were led off by sophomore Casey Hall in the backstroke leg of the relay and she did so in good fashion by breaking the 100 backstroke school record with a time of 59.51. Jessilyn Graham, Aldridge, and Megan Harrell finished off the relay and held on to third place. For the men, Wyatt Dalton, Chris Mazier, Jackson Bloom, and Blaine King comprised the men's team which easily earned the third place medal.