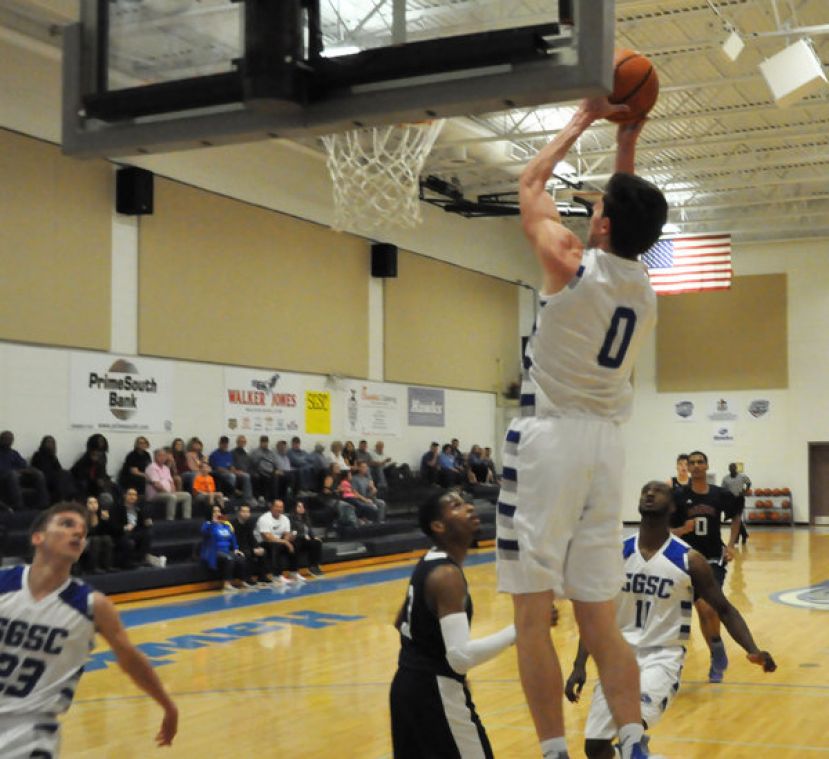 Keyshaun Street had 33 points, and two other players finished in double figures as the South Georgia State College Hawks cruised to a 109-41 win Saturday afternoon over Atlanta Sports Academy (ASA).

ASA kept the game close as the teams approached the midway point of the first half. Leading 15-9, the Hawks (3-1) outscored ASA 40-12 to take a 55-21 lead into the locker room. The second half score was almost identical with SGSC outscoring ASA 54-20.

“This was about as good of a first game in Waycross this season as you could ask for,” said head coach Cory Baldwin. “We played well both offensively and defensively, which is what you want.”

Will Ferguson (16 points) and Skyler Baggs (11 points) were the other two players to finish in double figures.

The Hawks return to action next Friday and Saturday during the annual Applebee’s Okefenokee Classic. SGSC plays Denmark Tech Friday night at 8 p.m. and State College of Florida – Manatee Saturday at 4 p.m. Admission to all regular season home games is five dollars with children five and under admitted free.