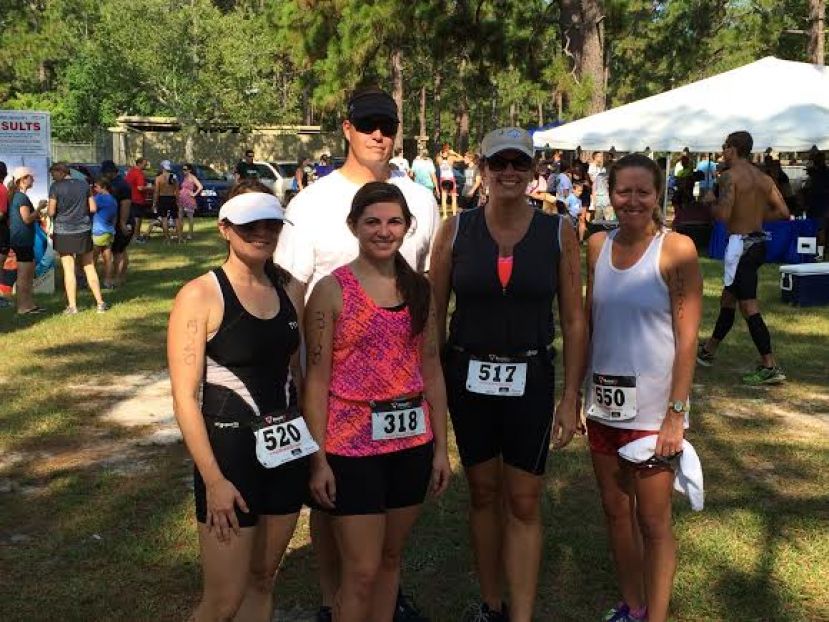 Submitted Photo Pictured from left are: Booth, Allison Bell, Janet Bell, and Graves. The author, who is the least important individual in the photo, is standing on the back row.

Four of the five participants won age group awards while Janet Bell, competing in her first triathlon, missed placing in the top three by just 24 seconds. Booth and Graves, competing in the same age group, finished second and third, respectively, while Allison Bell won her age group in the duathlon. Proceeds from the race benefitted Megan’s House for developmentally disabled children in Waycross.