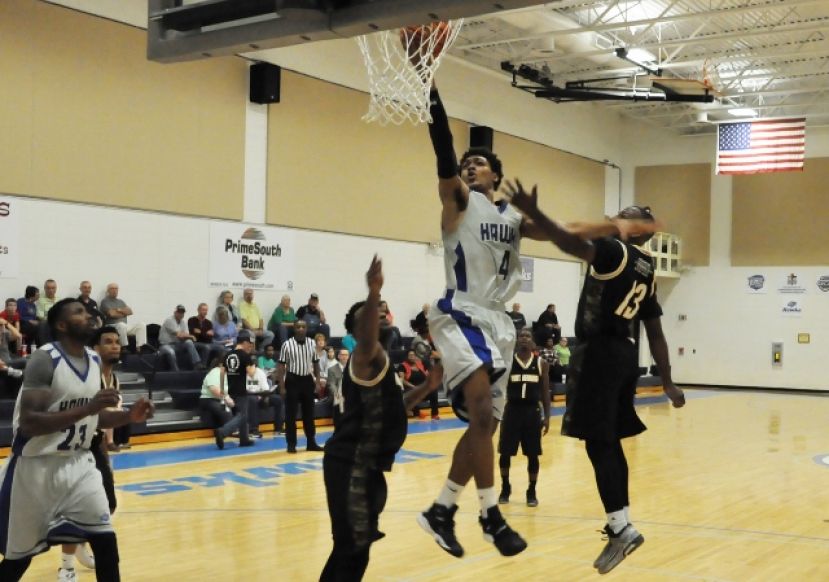 In a game that featured six ties and 17 lead changes, the South Georgia State College Hawks put together a 28-5 run in the final eight minutes of regulation Thursday night to pull away from the Fort Benning All-Army Team 84-63.

“I kept thinking we would wear them down, and we finally did in the second half,” said Head Coach Cory Baldwin. “I thought we shot the ball real well and made some timely (three pointers) late in the game.”

Tyrone Sam led the Hawks with 28 points and six rebounds. Andre Elam had a double-double of 19 points and 16 rebounds, while Deaundray Rhett finished with 11 points and seven rebounds.

The Hawks will enjoy the holiday break then return Saturday, Jan. 2 to play Handle It Prep Academy at home. Tip for the Jan. 2 game is set for 4 p.m.