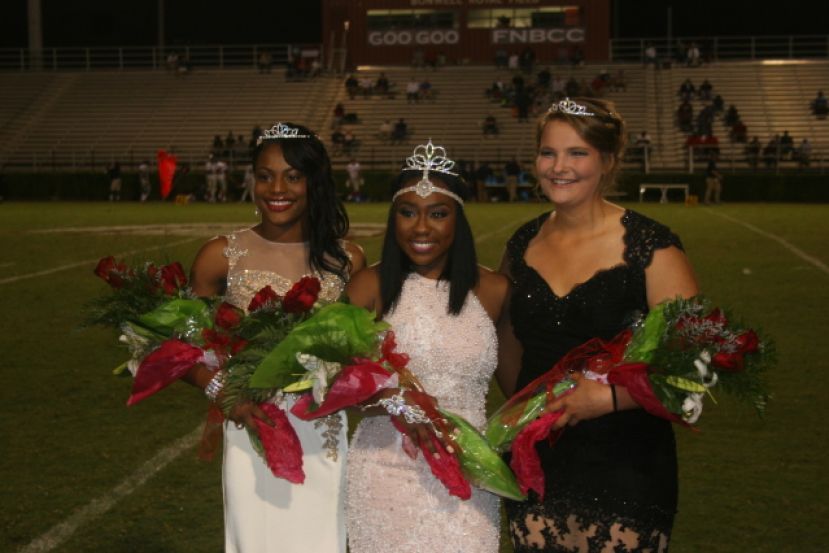 “If you’re going to win, sometimes you’ve got to win ugly.” Those were the words of Coffee Trojans head football coach Robby Pruitt after Friday night’s 20-14 Homecoming win over the Effingham County Rebels. Coffee had indeed won. And was indeed ugly. The Trojan offense sputtered all night and never seemed to hit its stride. And the lightning bolt that ignited the Trojans came from an unlikely place.

Coffee fans haven’t heard much from junior wide receiver/quarterback/running back/defensive back Jeremiah Ashley this year. Originally penciled in to be the Trojans’ signal caller after Tyree Paulk graduated, the Coffee staff decided that Ashley might better serve his team as a defensive weapon. Still, coaches couldn’t deny his obvious playmaking ability on the offensive side of the ball. A knee injury, however, has kept Ashley largely on the sidelines this season. One of the Trojans’ most formidable weapons hasn’t been much of a factor all year.

Until the Effingham County game.

Ashley, running mainly out of the wildcat package, put the Trojans over the top Friday night, scoring one touchdown and setting up another with a big 56-yard run. The Coffee defense, meanwhile, played another solid game and did a fantastic job of keeping a talented Rebel team off the scoreboard much of the night.

Effingham struck first, scoring on a 14-yard touchdown pass with 8:47 left in the first half and giving the Rebels a 7-0 lead. On the next possession, Ashley broke a 36-yard touchdown run that officials called back due to a holding penalty. The Trojans were unable to recover from the penalty and did not get into the end zone. Neither team scored the remainder of the first half and Effingham took a 7-0 lead into halftime.

In the third quarter, the Trojans struck quickly. Coffee covered a lot of ground quickly on its first possession of the half. Running back Demetrius Davis and quarterback Max Hughes connected on a 58-yard pass play that put the Trojans at the Rebel 11 yard line. A couple of plays later Ashley, operating out of the wildcat, scampered five yards for a touchdown. Jonathan Ortiz’s point-after was good and the Trojans had tied the score at seven apiece.

After forcing the Rebels to punt the next time they had the ball, Coffee launched a 74-yard drive that ended with a 13-yard touchdown pass from Hughes to senior tight end Cam Davis. Ashley helped set up the score with a 56-yard run to put the Trojans in position to find the end zone. Ortiz’s foot was again true and Coffee had a slim 14-7 advantage with 12 seconds left in the third quarter.

Over halfway through the fourth quarter, Coffee running back Demetrius Davis scored another Trojan touchdown, this one on a 23-yard run after Coffee recovered a mishandled punt by the Rebels. Effingham blocked Ortiz’s extra point. With 5:03 left in the game, the Trojans were up 20-7.

The Rebels didn’t waste any time and promptly drove 81 yards for their second score of the night. Effingham’s kicker, McKenzie Stewart (yes, Stewart is female), drilled the extra point home to bring the Rebels within six with 2:46 remaining.

Coffee recovered the ensuing onside kick and ran the clock out to preserve a slim 20-14 victory. “I was proud of how our kids played in the second half. I was worried we’d be flat in the first half. We looked like we were in slow motion. But you’ve got to give them some credit, too. They’re a good football team,” said Coach Pruitt.

The Trojans travel next week to face the Statesboro Blue Devils. Coffee is 4-1 overall and 2-1 in region play.