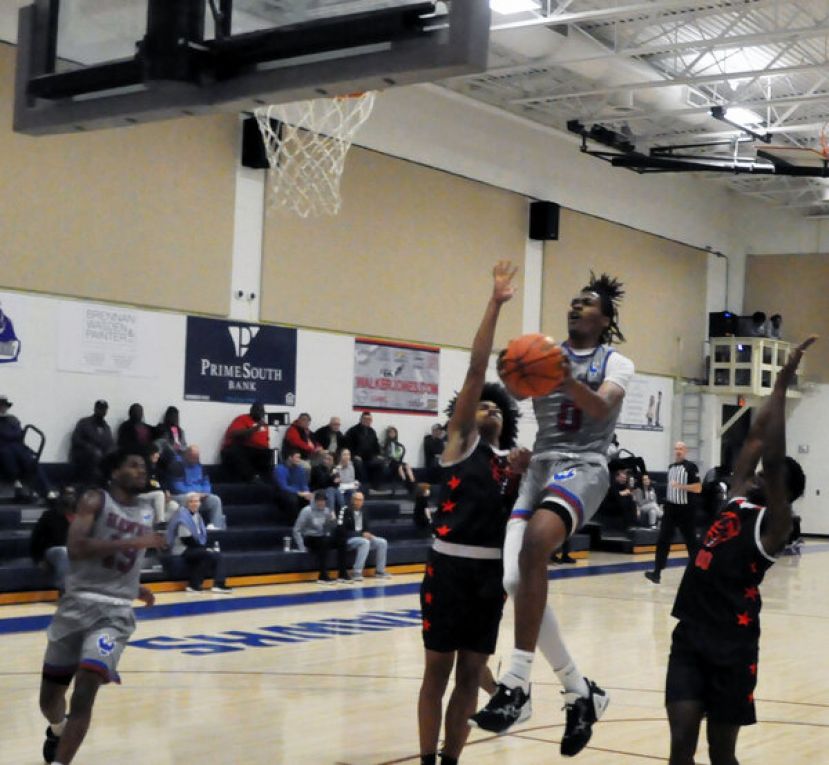 The Hawks held New Rock Prep to 23.7 percent shooting in the first half and 26.8 percent for the game. SGSC forced a total of 28 turnovers and outrebounded New Rock Prep 51-41.

SGSC shot 81.5 percent from the free throw line, missing only five shots (22-of-27). TCC took advantage of strong shooting from the field (45.8 percent) and three-point line (31.8 percent), which proved to be the difference in the game.

The Hawks will enjoy the Thanksgiving holiday then return to action Tuesday, Nov. 29 at 7 p.m. against Reinhardt University (JV) on SGSC's Douglas Campus. SGSC returns to Waycross Saturday, Dec. 3 at 4 p.m. against Florida Gateway College.

More in this category: « Trojans take down Decatur Bulldogs 51-23 in second round Trojans fall 56-28 to Cartersville Purple Hurricanes, finish with 10-3 record »
Login to post comments