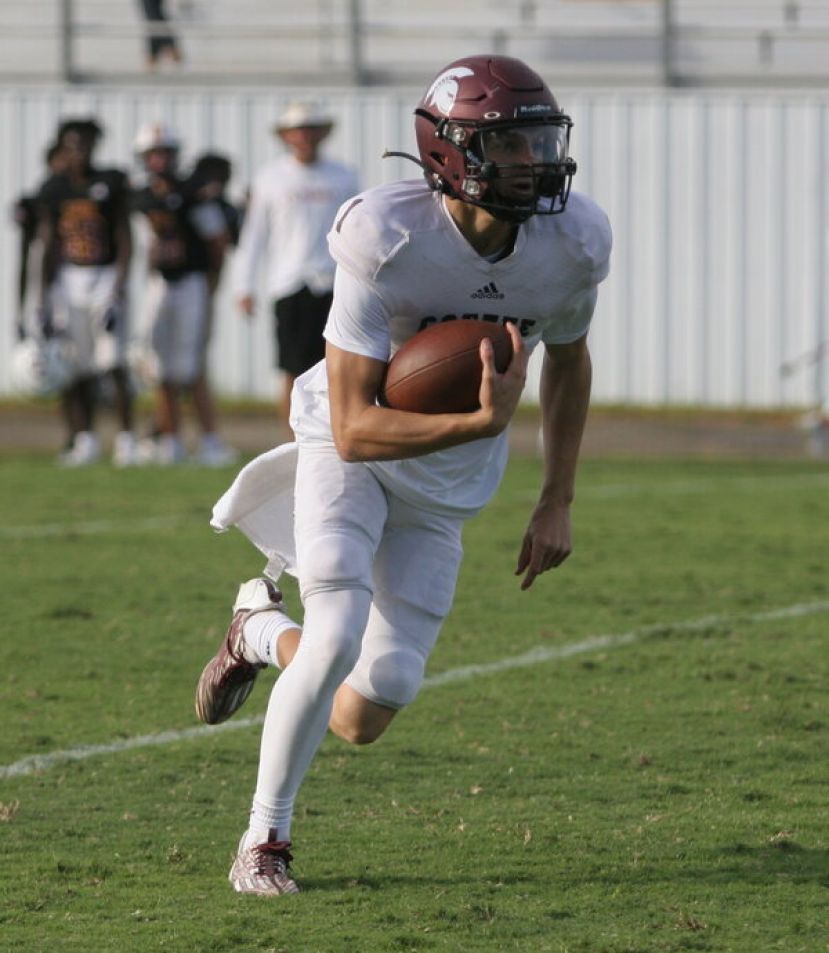 In last week’s junior varsity tilt, it was the Coffee Trojans who couldn’t capitalize on an inordinate amount of turnovers. This week, it was the Fitzgerald Purple Hurricanes, who lost 14-13 to the Trojans in Fitzgerald, despite four Coffee turnovers in the first half.

While Coffee’s four giveaways weren't quite as many as Ware County’s six for the game a week ago, four turnovers is four too many. But if you’re going to gift the other team the ball, they better get some points out of the freebies.

But Fitzgerald managed just one touchdown from Coffee’s miscues.

The ‘Canes took the opening kick but couldn’t muster much offense. They punted and the Trojans promptly fumbled the kick. Fitzgerald recovered but couldn’t take advantage of Coffee’s mistake. The drive stalled and Fitzgerald opted for a field goal. The 27-yard attempt missed its mark.

A few minutes later, a second Trojan fumble led to a Purple Hurricanes’ touchdown. At the end of the first quarter, Fitzgerald had a 7-0 lead.

Two more turnovers — a third fumble and an interception — stopped any momentum Coffee may have been building. But the Trojan defense stymied the ‘Canes at every turn. Fitzgerald attempted another field goal, this one from 37 yards, near the end of the second half. It too was no good.

The Trojans went into halftime trailing 7-0.

The third quarter opened with a solid drive by Coffee. A long pass from quarterback Bray Coe to his favorite target, James Jarrard, set up an 11-yard touchdown run by Coe to knot the score at 7 with 7:50 remaining in the third quarter. With less than a minute in the third period, Coe scored again, this time on a short run, to give the Trojans a 14-7 lead.

The Coffee defense kept Fitzgerald in check in the fourth quarter. They kept the ‘Canes a safe distance from the end zone or a field goal attempt for 8:37. Then, with 1:23 remaining, Fitzgerald scored on a long touchdown pass that left the Trojans stunned.

With no overtime as an option, the ‘Canes could tie with an extra point or go for the win with a two-point conversion. They went for the win but couldn’t pull off a counter. The Trojan defense stepped up with the game on the line and secured the win for Coffee.

The JV Trojans are off next week but return to action for their final game of the season on Oct. 27 against Glynn Academy at Jardine Stadium.

More in this category: « Lady Trojans wrap regular season, split on day one of region tournament Trojans remain undefeated in region play with 35-3 win over Statesboro »
Login to post comments