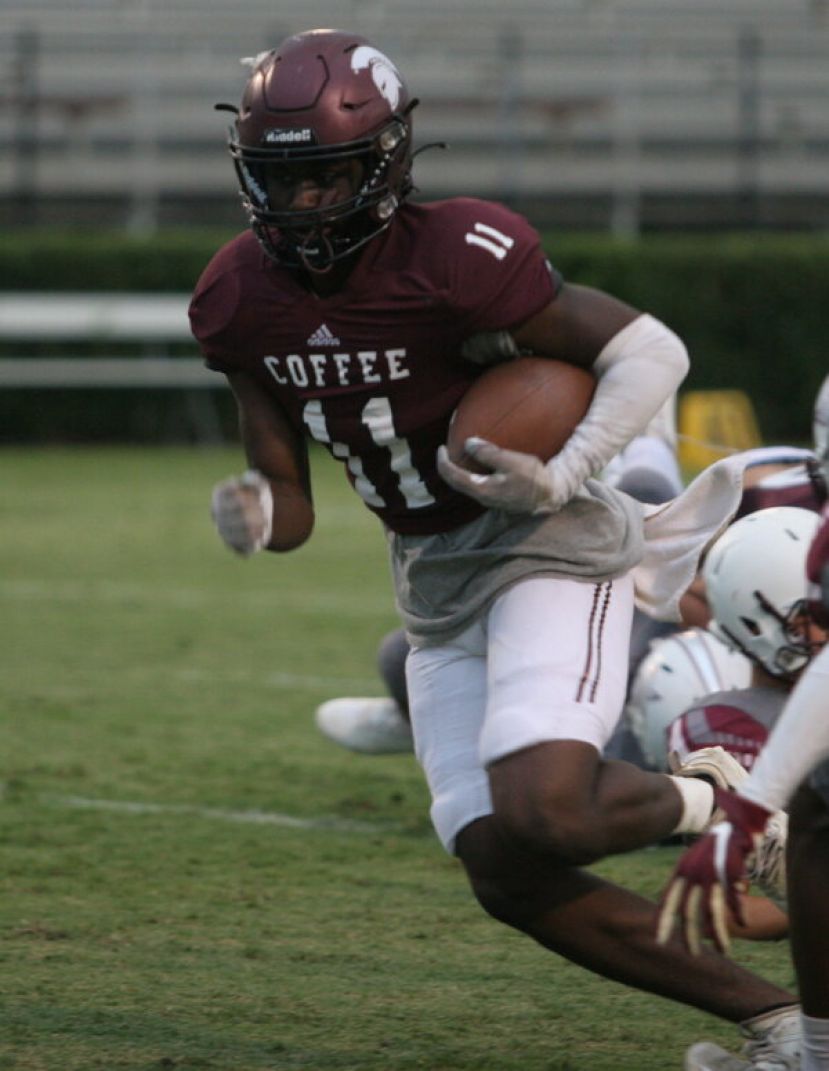 Coffee struck first when running back KJ DeBruce broke loose for a 75-yard touchdown run. A missed point-after gave Coffee a 6-0 lead. Lowndes answered promptly and scored on a touchdown pass to the back of the end zone. Safety Jaquan Harrison blocked the extra point, knotting the score at six apiece at the end of the first half.

Lowndes took the ball to open the third quarter but safety Verkaree Guyton forced a fumble that gave the ball back to the Trojans. Coffee made the most of the opportunity and scored on a seven-yard run by quarterback Trey Ross. The Vikings blocked the extra point, keeping Coffee’s advantage to six. DeBruce scored again on a one-yard run. The Trojans, however, missed the point-after, giving them an 18-6 lead.

Unfortunately, the lead wouldn’t last. A pair of Coffee turnovers led to two Lowndes touchdowns to put the Vikings up 21-18. Lowndes’ final touchdown came within the last two minutes of the game. “I truly believe that our kids played hard and fought to the very end. Tough way to lose but I challenged each and every one of our kids to we learn from this and move forward,” stated Coach Tye Bailey.

Valdosta comes to Jardine Stadium this Thursday for another big showdown.