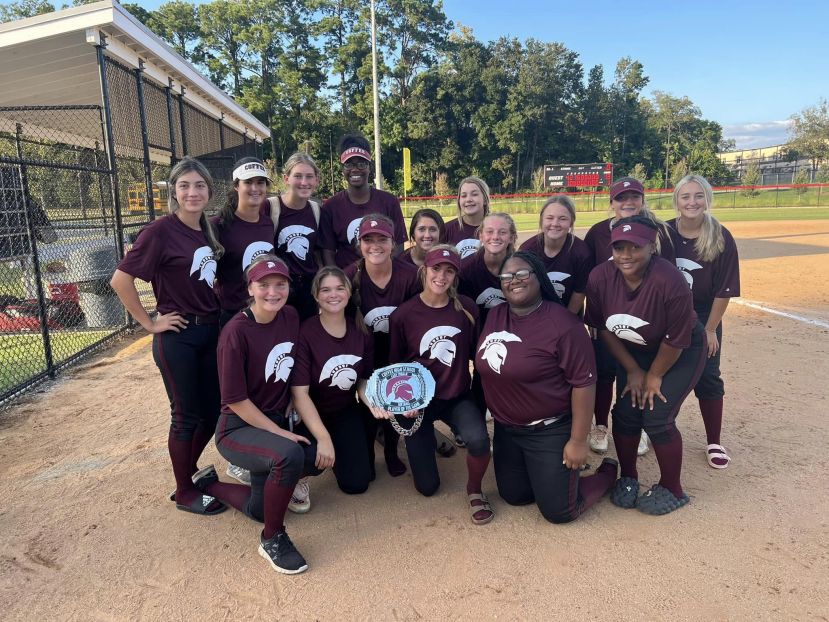 The Lady Trojans sit atop the region standings after picking up a pair of region wins on the road this week. They split at Greenbrier and notched a mercy rule win at Jenkins.

In game 1 Erin Robinson continued to dominate in the circle going 10 innings and striking out 13 hitters in the shutout. Coffee won 1-0 as senior Imani Paulk drove in the game winner in the 10th with 2 outs, sending Hannah Capps home. Paulk added another hit in the game and Hanna Hutchison, Morgan Adams, and Imori Paulk all had 2 hits for the Lady Trojans. Hannah Capps, Kaci Thacker, Erin Robinson, and Ella Winters chipped in 1 each. “This was one of the better played games I've ever been a part of as a coach. Both teams were solid for 10 innings in every facet of the game,” said head coach Stan Hughes.

In game 2 Coffee dropped a 5-3 decision to Greenbrier behind some pretty good pitching by a trio of Lady Trojans. Hannah Capps, Hanna Hutchison, Kaci Thacker, and Ella Winters had 2 hits each for the offense. Morgan Hodges, Imori Paulk, Erin Robinson, and Imani Paulk all added a hit as well. Emme Cole, Brylee Gamage, and Erin Robinson all pitched well for Coffee as the Lady Trojans try to add some depth to a really good rotation.

"The two freshmen really grew up a little on the road and that's what we need as a staff. Erin always gives us a great outing but we have to have depth,” said Coach Hughes.

Thursday the Lady Trojans were back on the road at Jenkins and cruised to a 15-1 win. Morgan Hodges and Kaci Thacker pounded out 3 hits and Hannah Capps and Imani Paulk added 2. Hanna Hutchison and Ella Winters chipped in with a hit to round out the offense. Four pitchers shut out Jenkins on 2 hits. “Morgan Hodges, Hannah Capps, Emme Cole, and Brylee Gamage were all solid for us again as we try to add some depth late in the regular season. All 4 were effective and spin it pretty good,” said Coach Hughes.

Earlier, the Lady Trojans took a pair of wins at home against Brantley County and Statesboro. Coffee avenged an early season loss by knocking off the Lady Herons 2-0 behind a 4-hitter by Erin Robinson. Robinson threw 7 innings and struck out 15 in the shutout. Morgan Hodges had 3 hits and fellow senior Hannah Capps added a pair to set the tone. Senior K.J. Thacker and freshman Ella Winters added 1 hit apiece in the win.

Coffee enjoyed a big 9-1 win over Statesboro pounding out 10 hits. Morgan Hodges stayed hot with 3 more hits including a double and an inside-the-park home run while Hanna Hutchison and Imori Paulk added 2 hits each including a double by Hutchison. K.J. Thacker, Hannah Capps, and Ella Winters all had a hit in the region win. Erin Robinson did not allow a hit and struck out 12 for her 8th win of the year and kept her ERA under a run.

The Lady Trojans will be on the road at Lee County before playing Ware County on Tuesday. Senior Night will take place Thursday against Bradwell Institute at Haircloth Field.