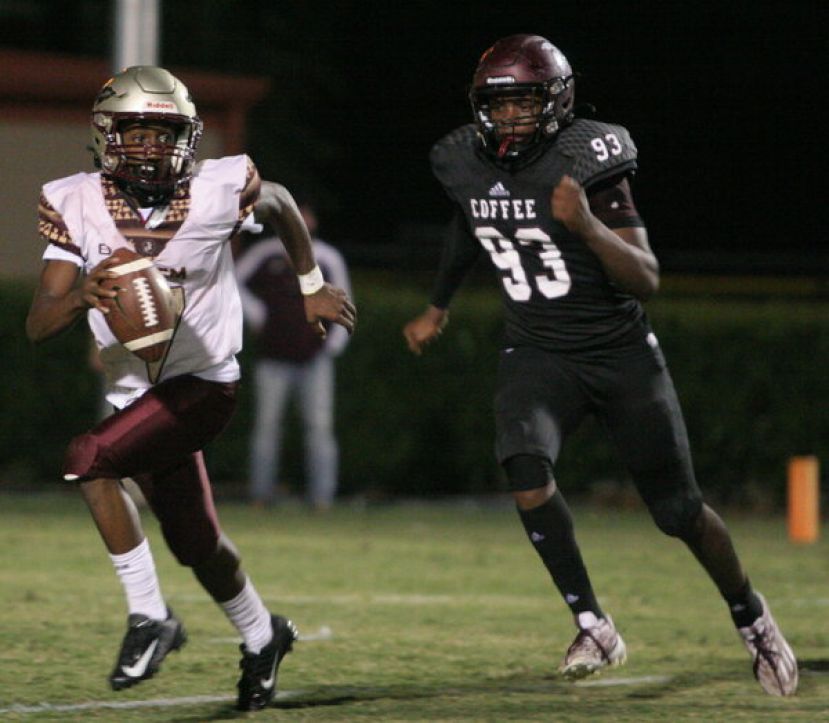 The Coffee Trojans and Salem Seminoles had played each other four times heading into Friday night’s matchup at Jardine Stadium. The Trojans were a perfect 4-0 and had outscored the Seminoles 186-14.

You can add a win and a record-setting 65 more points to Coffee’s total.

The Trojans defeated the Seminoles for a fifth straight time, this time 65-0. Coffee matched its highest first-half point total of 51. In 2019, Coffee led Salem 51-8 at halftime, eventually winning 64-8. Though the Trojans equalled 2019’s first-half total, Coffee has never led by 51 at the half — at least not that this reporter can remember.

The Trojans are now 3-1 on the season and play Richmond Hill in a Homecoming match-up next week at Jardine Stadium. Kick-off is set for 7:30.