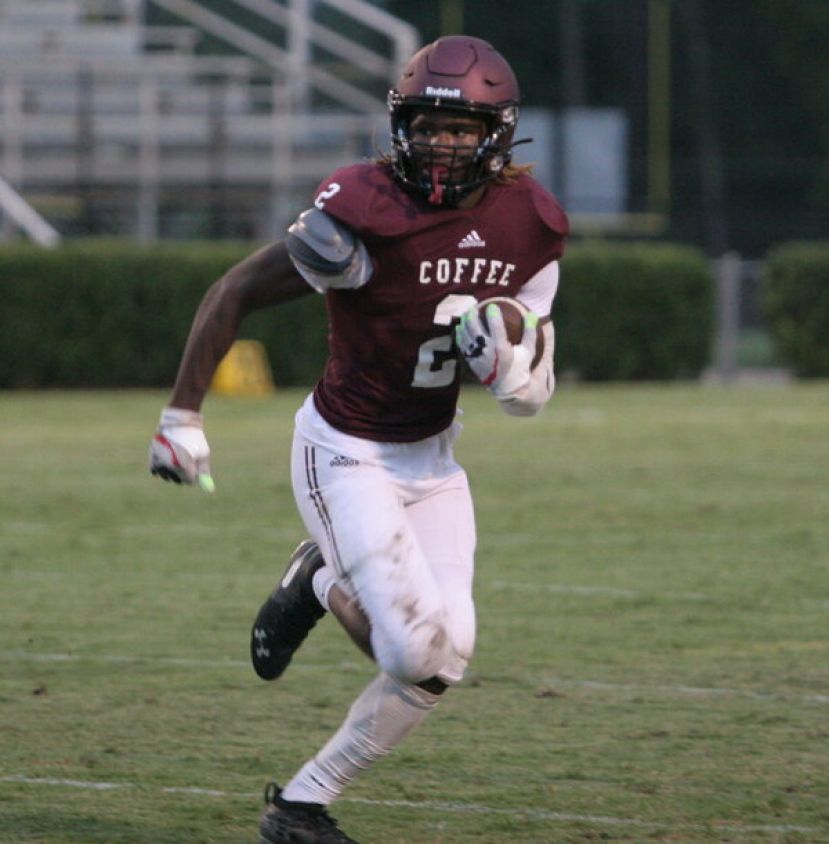 A reunion of sorts at Jardine Stadium on Thursday turned into a one-sided affair when the Madison County Cowboys junior varsity came to town to play the Coffee Trojans junior varsity squad. The Trojans won 41-0.

Coffee High head coach Mike Coe won five state championships at Madison County — one as offensive coordinator and four as head coach. After winning a state title last year with the Cowboys, he took the Coffee job after then-head coach Robby Pruitt left for Williston, Florida. Thursday’s game was the third meeting between teams from Coffee and Madison County; the varsity teams played each other in 2006 and 2007 with Coffee winning both contests.

The Trojans set the tone early, recovering a Madison County fumble on the first play from scrimmage. Coffee running back Tyrese Hansley ripped through the Cowboys’ defense for a touchdown just 64 seconds into the game.

Coffee scored again at the end of the first quarter when quarterback Bray Coe connected with James Jarrard on a 70 yard touchdown pass to give Coffee a 14-0 lead. Travis Adams added to the lead when he returned a punt for a touchdown with 3:41 left in the first half. With 26 seconds remaining in the half, Coe found Jarrard again for a 30-yard score. A missed extra point sent the Trojans into halftime with a 27-0 advantage.

In the third quarter, Coe scored on a one-yard run and KJ DeBruce added one last touchdown on a short run with 3:41 remaining in the quarter.

Neither team scored in the fourth quarter and Coffee came away with an easy 41-0 win. The Coffee JV is now 1-1 on the season.