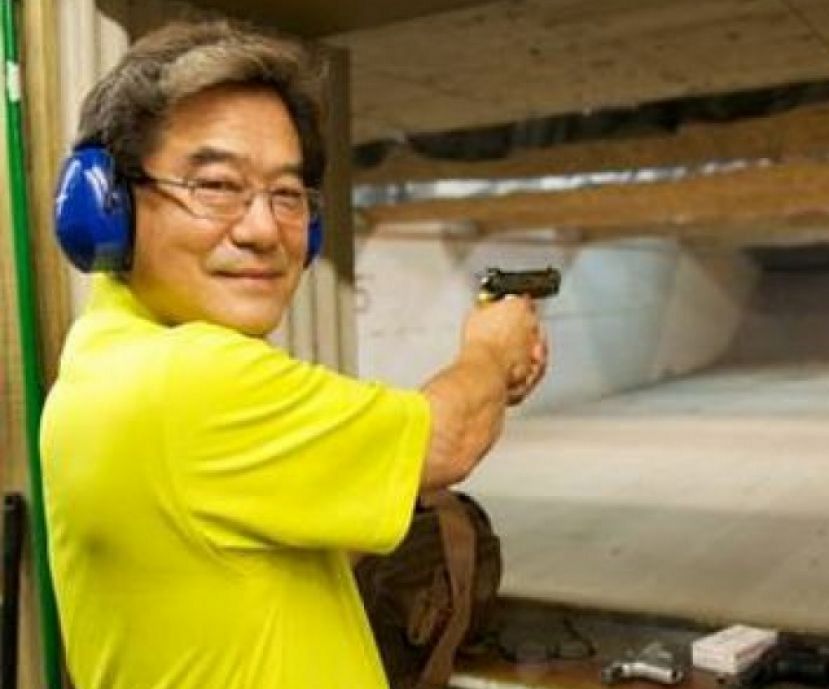 Photo courtesy of Eugene Yu for Congress When I was speaking with Eugene Yu Friday morning, I didn't think to take his picture. So I 'borrowed' this one from his campaign Web site.

Friday morning, Eugene Yu, a Republican candidate for U.S. Representative, made his way through Douglas, shaking hands and talking with people throughout the community. I bumped into Yu at Jerry J’s; he sat down with me and we spoke for about half an hour.

Yu ran for the same office two years ago. Rick Allen, our current representative, defeated Yu and three other candidates in the Republican primary. Allen then went on to do something no Republican had been able to do despite the party’s best attempts – defeat then-incumbent John Barrow, a conservative Democrat who had vanquished all his previous GOP challengers.

Yu, however, has remained unimpressed with Allen and is once again challenging him for the District 12 seat. I had heard of Yu but I had never met him. Had I know he was coming to town, I would have researched his platform so I could have asked him more intelligent questions about what he would like to do if elected.

During our conversation, Yu presented himself as the anti-Allen. He told me that Allen only had a conservative rating of a 50, then he went on to repeat the mantra we’ve all been hearing lately – Allen is a member of the Washington establishment, he’s not representing the majority of his district, he’s out of touch with how most Georgians live, and so on and so forth.

Yu is an appealing candidate. He’s a firefighter, a law enforcement officer, a legal immigrant and naturalized citizen, and a small business owner. I asked him a few questions, nothing difficult, just general inquiries into his platform. Following our discussion, I fact-checked a few of his statements. According to the Conservative Review, Rep. Allen does in fact have a liberty score of 50. In the CR’s parlance, that’s a solid F. Allen voted against the traditional conservative position on six of 12 bills. At the same time, however, he at least gives lip service to other planks of the typical Republican platform – the Second Amendment, opposing Common Core, and his support for Israel. Interestingly, Allen endorses term limits and has stated that he will not serve more than three terms as U.S. Representative.

Yu is unwavering in his support of presumptive GOP presidential nominee Donald Trump. That in and of itself is also interesting because the mainstream media paints Trump as a candidate universally hated by all immigrants. “I came into this country legally and the right way,” said Yu. “I find it offensive that so many people took shortcuts and didn’t make the sacrifices I and other legal immigrants did. Trump is right on immigration.”

Most of all, what made the biggest impact to me, was that Yu sat down and had a conversation with me. Do I agree with Mr. Yu on everything? No – just like I don’t agree with Allen on all of his platform. But I had the opportunity to do something with Yu that I haven’t been able to do with Allen – or any of our other candidates for national office, for that matter. And that’s sit down one on one, ask questions, and, more importantly, just listen. In an age of technology, automated phone calls, Facebook posts, and mass mailings, it’s still nice to have a face to face conversation with a candidate.

Does this mean that I’m going to vote for Eugene Yu? Not necessarily. It simply means that I was very impressed with the fact that he came to Douglas and spent some time here, campaigning the old fashioned way. I would be equally impressed with Rick Allen if he would do the same – when there are no cameras, no other elected officials around, no events (such as the Premium Peanut ribbon cutting), nothing going on.

My table at Jerry J’s is open every morning.

More in this category: « Thank a teacher for working in one of the most hostile environments in our nation Giving skaters the tennis courts at Eastide Parks is a solution -- but only a temporary one »
Login to post comments