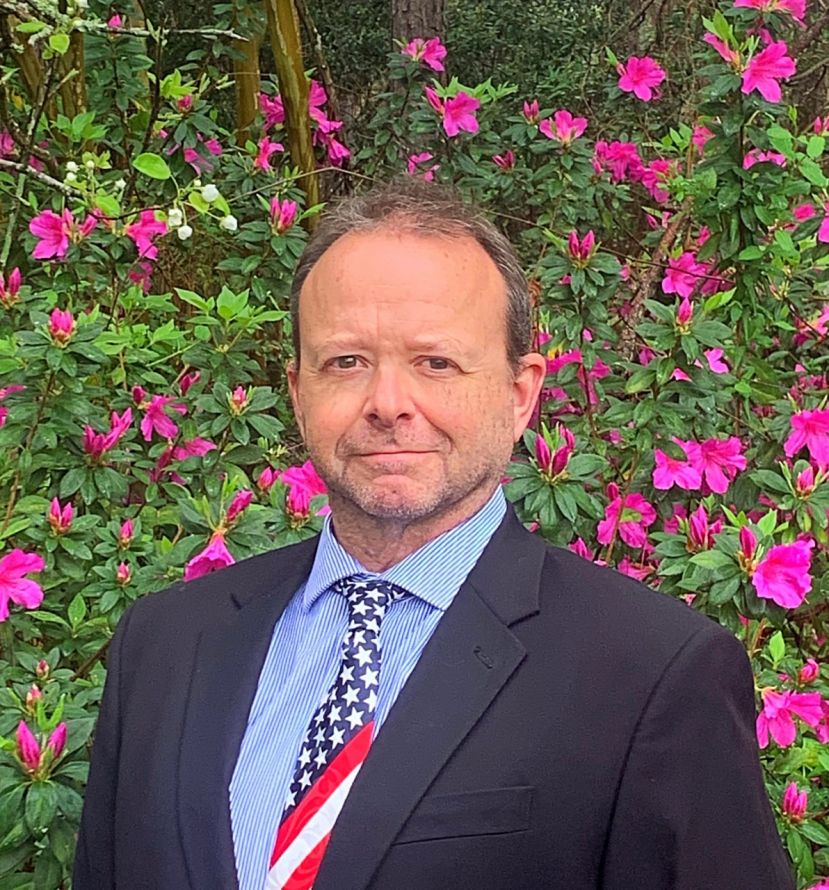 George Woods was born and raised in South Georgia. He was brought up in the church, and plans to carry his conservative beliefs as well as his Christian beliefs with him to Atlanta. He was born the son of the late George Piney Woods and Peggy Martin, and is the brother to Cindy Woods Vardeman and the late Dawn Woods McCullough. George graduated from Crisp County High School in 1989. He then furthered his education at Abraham Baldwin Agricultural College where he graduated in 1991 with an associates degree in Criminal Justice. Upon graduation from Abraham Baldwin, he then moved to Valdosta where he transferred to Valdosta State University in 1991 to complete his Criminal Justice education degree. In 2015, George moved to Tifton Georgia to be closer to his hometown of Cordele. He now calls Tifton, Georgia his home.

George has served in many youth organizations such as Awana’s, Upwards Basketball, Cub Scouts and Little League Baseball.  Serving youth made George decide to pursue a degree at Valdosta State University in Middle Grades Education. George said “Being around my children, and their friends, I felt a calling to become a teacher because I realized the positive impact I was having on their lives, and they were definitely having a positive impact on my life”.

George has been employed with KeHE Distributors since 1993 and he is very proud of his 29 years of devoted service to the nation's leading distributor for natural and specialty foods. George said, “During my time with KeHE, I have been able to help numerous local businesses expand their operation by getting shelf placement in grocery stores around the state of Georgia. By doing this, local businesses have been able to add income back into their business and this in turn, creates more jobs. Also, one great thing about local businesses is how involved they are in their community, so that extra revenue filters back into their communities”.

In 2016, George became the President of the Tift County Blue Devil Brigade Booster Organization. “Being able to serve students, parents, and faculty the way I have these last 6 years has been more rewarding that I could have ever imagined”. The Booster Organization Executive Officers and the current Blue Devil Brigade directors have made great partnerships with local businesses, churches, and private individuals to double the budget we had when I took office. This budget is then returned to the band students and provides the students with the opportunity to be in band, with very little expenses passed on to their parents. “I am very passionate about our band program, any band program, and I see the joy these students have while performing at competitions and at football games. Hopefully, these events and memories will always stay with each and every band member as a positive experience. Band is a great outlet in many ways. If the students put in the hard work, their talents and instrument can take them anywhere they want to go. I will be donating a large portion on my salary from being a State Senator back into the booster organizations to the counties I will be representing.”

When George moved to Tifton, he also married Cathy Murphy Hall, also of Cordele, and together they have six children and five grandchildren, a daughter in law and a son in law.

“I am going to Atlanta to preserve my traditions and values of living in South Georgia my entire life. I am going to Atlanta to restore honesty, integrity, and accountability, which I do not think we have right now from our current elected officials. I will not be taking any donations from special interests’ group, trial lawyers, or private citizens that feel my vote can be bought. I am not a politician and will not become a politician while in Atlanta. I am a public servant and will serve my constituency without becoming part of the political fray. We live in a time where right is now wrong, and wrong is now right, and I will be restoring the balance. I will be taking South Georgia to Atlanta, not bringing Atlanta to South Georgia. I feel restoring this corrupted world is a must for future generations”.

More in this category: « Garrett appears at bond hearing, judge to rule later Former cop sentenced to life on kidnapping, other charges »
Login to post comments