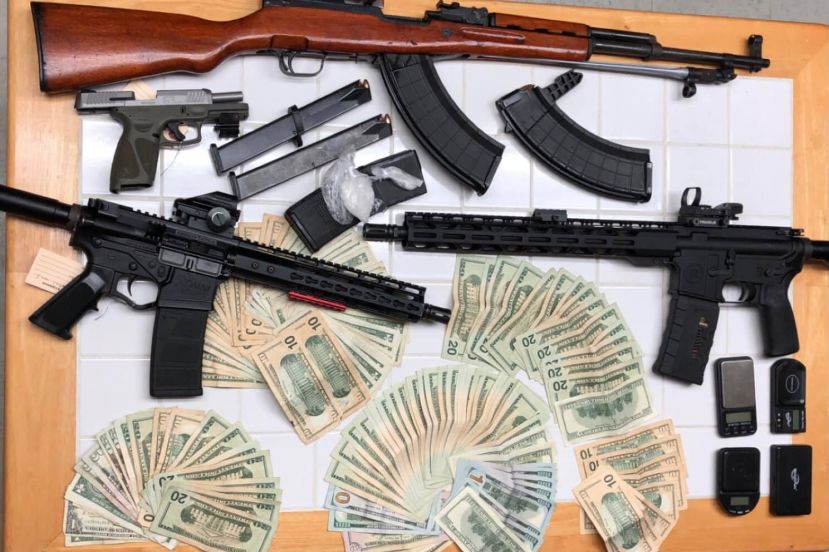 On Thursday, January 20, 2022, at approximately 11:15 a.m. the Jeff Davis County Sheriff’s Office in coordination with the Jeff Davis County Drug Unit initiated a traffic stop on a vehicle operated by Allen Demond Bennett of Lumber City for a traffic violation. During the stop, it was discovered that the driver was in possession of drugs and two firearms, one of which was stolen.

Further investigation of this incident led investigators to execute a search warrant later that day at his residence in Lumber City. During the search, investigators discovered additional quantities of methamphetamine, firearms, ammunition, packaging materials, scales and sums of cash.

Allen Demond Bennett subsequently was cited for the traffic infraction and charged with criminal attempt to commit a felony, possession of a firearm during the commission of a crime (2x), theft of receiving stolen property, possession of methamphetamine with intent to distribute and possession of controlled substances in or near a park or housing project.