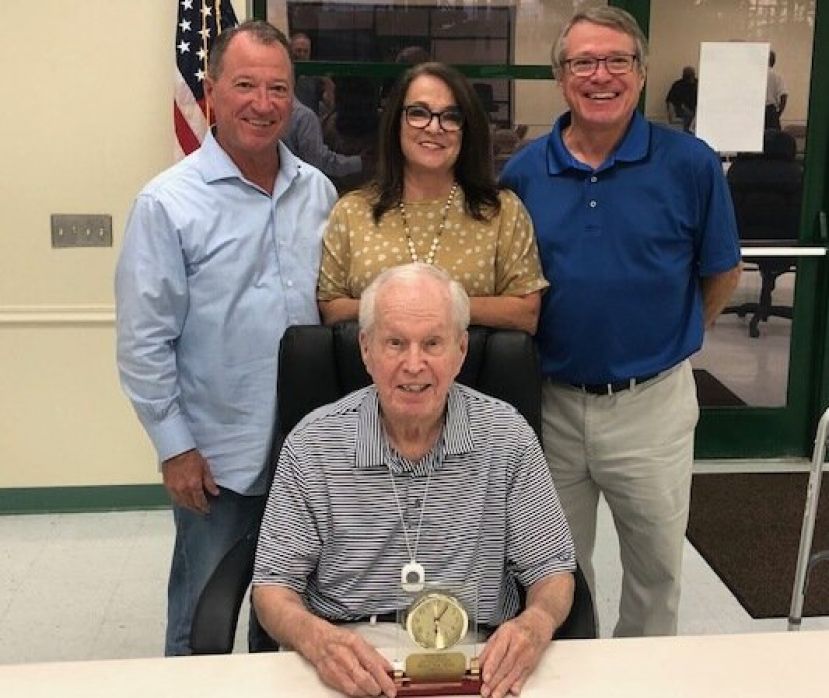 “While I had hoped to return to my duties, I find I will be unable to fulfill them since I now reside outside Ward 6.  I am proud to have served as Commissioner for 29 years representing the citizens of Ward 6,” says Moore. “Serving as a Commissioner has had such a meaningful impact on my life and I hope I have had a positive impact on this community which I love so much.”

Mayor Paulk presented Commissioner Moore with a commemorative clock to recognize his dedication and service to the citizens of Douglas and stated, “Public servants rarely receive the recognition they deserve – they are often pulled away from their families.  On behalf of the citizens of Douglas, it is with gratitude that I say thank you for your 29 years of service and thank you to your family for allowing us to have you serve with us.”

While serving as Commissioner for the City of Douglas, Moore obtained several recognitions from the Georgia Municipal Association, served on the Georgia Municipal Association Board of Directors, served on the Rural Development Council (14 years), Coffee County Board of Education, and has served as Mayor Pro Tem in 2021 and 2017.

An election will be held in 2022 to fill the Ward 6 vacant seat on the Commission.  Until the seat is filled, citizens of Ward 6 may contact the Mayor or any City Commissioner with their questions or concerns at (912)389-3401.