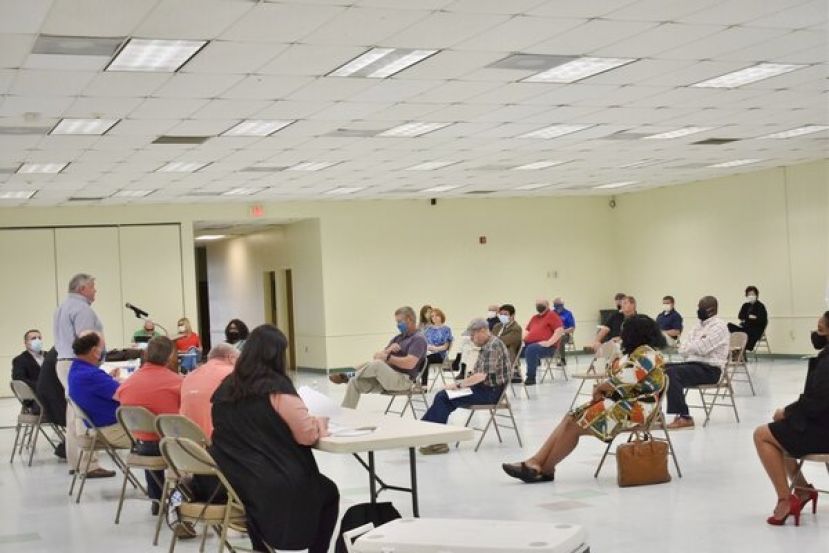 In the fall of 2019, Moody Air Force Base (AFB) began discussions to expand its airspace due to the need for low altitude training for Moody aircrews.  The City of Douglas needs public support to oppose the proposed plan to expand the operational airspace area for Moody Air Force Base because it will significantly impact regional airports and economic development in Douglas and surrounding counties.

“We support our military and the viability of Moody AFB,” says Charles Davis, Douglas City Manager.  “But not at the expense of the accessibility of our airports which are economic drivers for Douglas and surrounding communities. This expansion will affect our rural community’s economic development and quality of life. This is urgent and we will need our citizens to voice their opposition against Moody's Airspace Initiative.”

A public meeting was held on Monday, October 26, 2020, to share the impact study information with regional leaders made up of regional authorities, Chamber, elected officials, and general aviation pilots.  Some of the information included a presentation from Georgia Department of Transportation’s Jeffrey Griffith.  During the presentation, it was brought to the citizens attention that the current Mustang MOA airspace is within a mile west of Douglas Airport and Moody North is directly over Homerville.  Under the new proposed Moody AFB airspace plan, Alternative 1 Mustang would go down to 1,000’ Above Ground Level (AGL), Alt 2 – 2,000’ AGL, and Alt 3 – 4,000.  Moody North is currently at 100’ AGL and it has a negative impact on Homerville.  If the Moody AFB Comprehensive Airspace Initiative is granted under the current draft, it will have a negative impact on the Douglas Airport as well as surrounding counties. Negative effects may be Douglas’ economic development, healthcare, noise from low flying aircraft, and increased safety risks associated with low altitude air training.  Pilots would be required to file flight plans to determine activation status of the military operation area and pilots may choose to detour or re-route around our airport.

A Regional Task Force Committee was formed at the meeting to speak at an upcoming virtual public hearing on Thursday, October 29, 2020 from 5:30pm-8:00pm.  At this public hearing, there will be an opportunity for the public to comment on the environmental analysis and anticipated impacts identified in the Draft EIS. To join the public hearing, citizens are urged to register at https://moodyafbairspaceeis.com/#publichearing.

A hard copy of the DRAFT EIS (Economic Impact Statement) can be found at the Douglas County Library or the project Website at www.moodyafbairspaceeis.com.  Comments should be submitted on the DRAFT through November 24, 2020, and can be submitted via email to: This email address is being protected from spambots. You need JavaScript enabled to view it. or by mail to: AFCEC/CZN, Attn: Moody AFB Comprehensive Airspace Initiative, 2261 Hughes Avenue, Suite 155, JBSA Lackland, TX 78236-9853