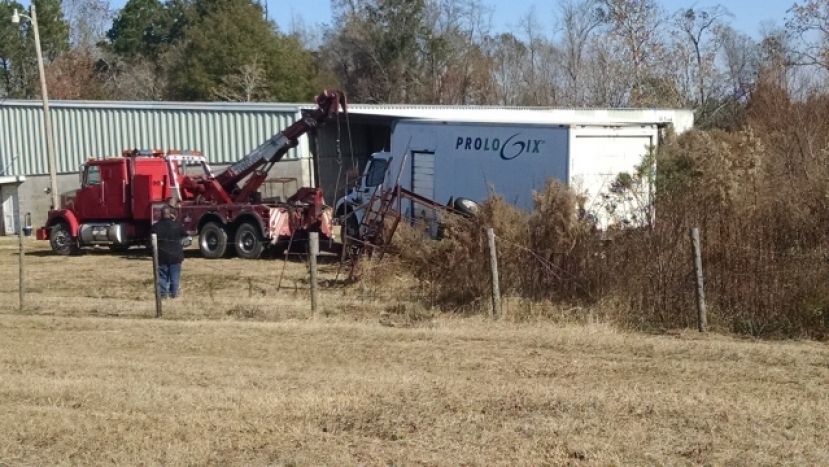 Jerry A. Hudson/DouglasNow.com A wrecker prepares to move the delivery truck involved in Friday morning's accident at the Ambrose-Broxton crossroads on Bowens Mill Road. The accident resulted in loss of life for three occupants of a Cadillac traveling from Ambrose towards Broxton.

A Friday morning accident at the Ambrose-Broxton crossroads on Bowens Mill Road resulted in three fatalities.

Mary Merritt, along with her husband, Roy, and sister, Annie Lou Pittman, were traveling east on Ga. Hwy. 268 in a Cadillac DeVille. According to authorities, the Cadillac failed to yield at a stop sign at the intersection of Hwy. 268 and Ga. Hwy. 206, and was struck by a box truck driven by Lance Seymour.

Authorities say Seymour swerved and attempted to avoid the collision, but still struck the vehicle on the right side. All occupants of the Cadillac were transported to the hospital and later pronounced dead. Officials say Roy Merritt was thrown from the vehicle and no one in the Cadillac was wearing a seat belt.

Seymour was not injured in the accident and no charges have been filed.

-Special thanks to WALB-TV for assisting with this article.