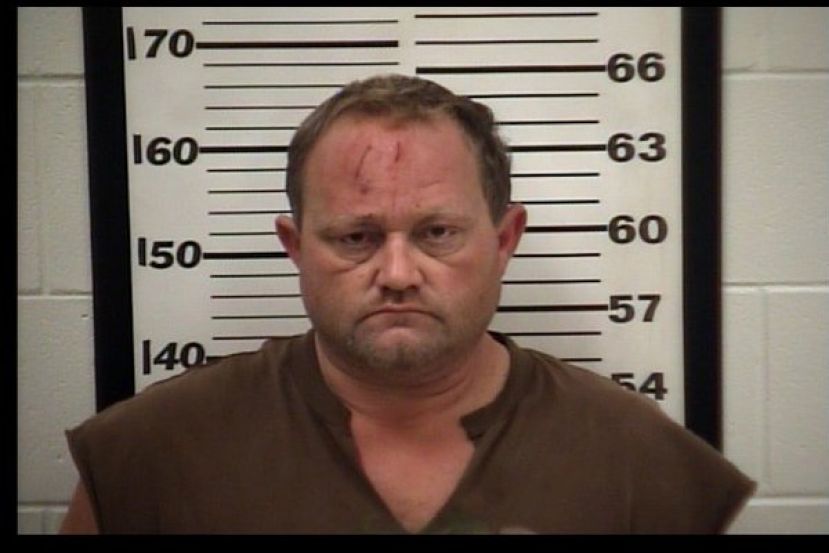 A local probationer was jailed on firearms charges last week after attempting to flee from law enforcement officers during a traffic stop.

Around 1 p.m. Jan. 10, 2018, agents with the Douglas-Coffee Drug Unit conducted a traffic stop on a white, 2004 Chevy Tahoe in the area of U.S. Hwy. 221 N. and Cross Rd. for failing to stop at a stop sign. The driver, identified as 41-year-old Mitchell Shahee Jump, attempted to flee from officers on foot, but was quickly apprehended when he fell into a ditch, injuring himself with lacerations to the forehead in the process.

A search of the vehicle yielded the discovery of a loaded, 12-gauge shotgun, which Jump later admitted in an interview he was aware was in his possession.

Jump was transported from the scene to the Coffee County Jail. He has been charged with one count of possession of a firearm by a probationer.

More in this category: « Video: Fertilizer truck crashes on Highway 32 West Traffic stop leads to the arrest of a suspected meth dealer »
Login to post comments