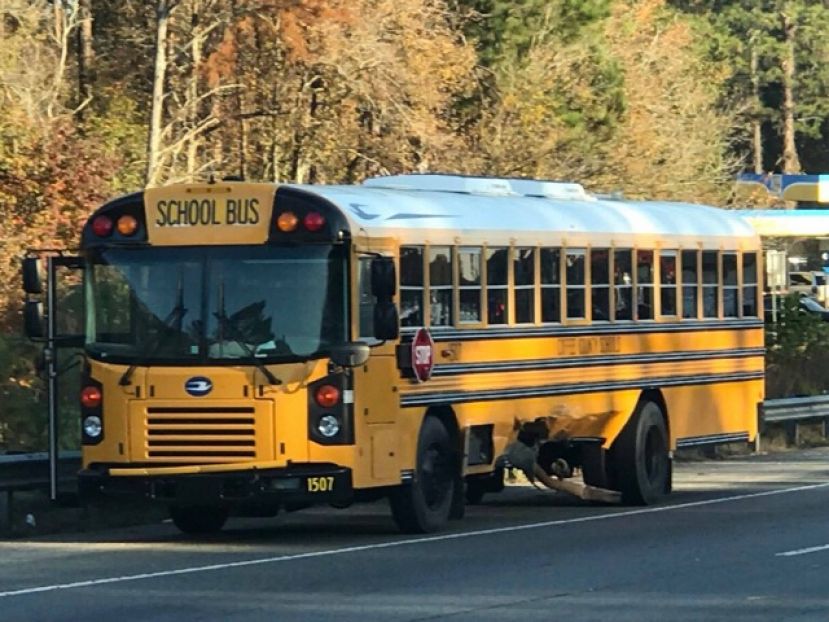 Submitted Photo This photo shows the damage a school bus sustained in a Wednesday morning accident. There were no students on board and no one was injured.

A new school bus sustained significant cosmetic damage following a Wednesday morning traffic accident near the intersection Highway 32 and 206. There were no students on the bus and the driver wasn’t injured.

According to information obtained from the Coffee County School System, the bus was traveling east on 32 and attempting to turn right on 206. The driver had finished her route and was taking the bus to the bus barn. Being one of the newer buses, it was scheduled to make the trip to the Atlanta area this weekend with the football team. Now, it will be staying in town.

A motorist approaching the intersection traveling south to north reportedly lost his or her brakes. The vehicle was in the turning lane on 206 to turn left on 32 and head west toward Ambrose. To keep from hitting the other vehicles in the turn lane attempting to do the same thing, the motorist, who has not been identified, swerved left – and into the path of oncoming traffic (thankfully, the red light had traffic stopped). The car hit the bus and an SUV in the turn lane, becoming wedged between them.

No one suffered any injuries. The driver who caused the accident cited brake failure as the reason for the crash.

More in this category: « After over four months on the run, George Darryl Harper is back in jail Twenty one people charged following intensive drug investigation »
Login to post comments