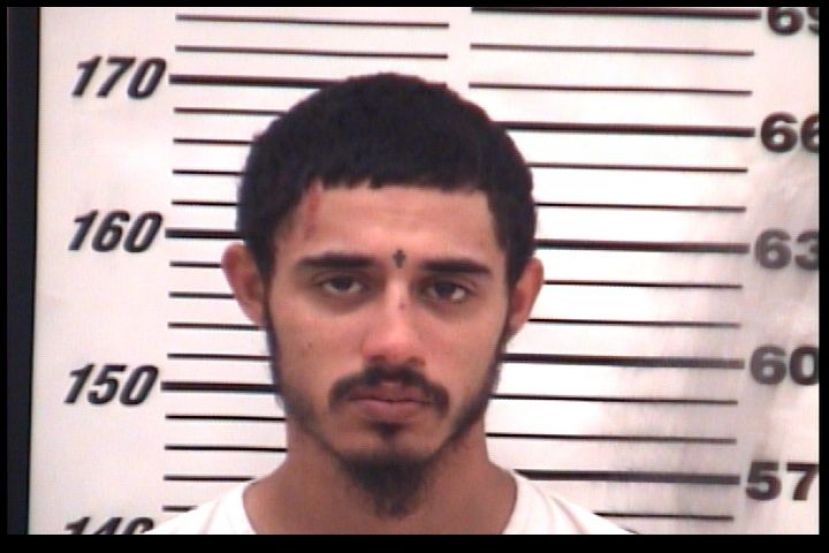 A Coffee County couple was jailed Thursday morning after a local woman punched her boyfriend in the face in response to him dousing her with vinegar.

Deputies responded to a residence off Leavens Road just prior to 10 a.m., May 11, 2017, in reference to a domestic dispute. The complainant, 18-year-old Sierra Sheyenne English, stated her and her boyfriend, 20-year-old Ricardo Marquez, had initially gotten into a verbal dispute over finances. During the argument, English stated Marquez approached her and dumped a bowl of vinegar over her body, and deputies were able to observe English’s vinegar-soaked clothing. English added she responded to Marquez’s actions by punching him in the face with a closed fist and alleged that Marquez then pushed her, causing her to fall down a set of outside steps.

Marquez was located hiding under the camper residence a short time later. He admitted to tossing vinegar on English and fleeing from authorities as they arrived. Deputies observed marks on Marquez’s forehead consistent with English’s admission to hitting him. English had no visible injuries.

Both English and Marquez were arrested at the scene and transported to the Coffee County Jail. Marquez has been charged with disorderly conduct and obstruction of a law enforcement officer, and English faces one charge of disorderly conduct in relation to the incident.

More in this category: « Couple arrested after alleged domestic violence incident Board of education interviews eight candidates for Johnson's seat, no word on when decision will be made »
Login to post comments