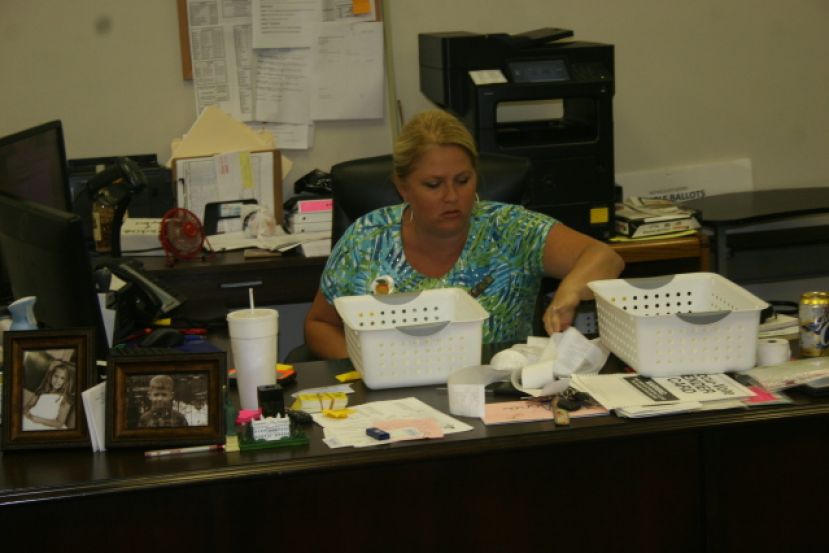 Robert Preston Jr./Douglasnow.com Misty Hayes of the Coffee County Board of Elections tidies up her desk after the votes were counted in Tuesday's state run-off election.

I like elections. I enjoy voting. I think taking an active part in choosing those who govern us is a great privilege. Apparently I am in the minority.

At the time of this writing, precincts around the state were still counting votes. About two hours after polls closed, no candidate held an advantage on the Republican ticket; both races were knotted at 50-50. In the Democrat state school superintendent race, Wilson was in the lead.

In the statewide runoff election, Perdue defeated Kingston, Wilson beat Morgan, and the race between Buck and Woods is still too close to call. As of Wednesday morning, just a few hundred votes separate the two and nobody is calling that one yet.