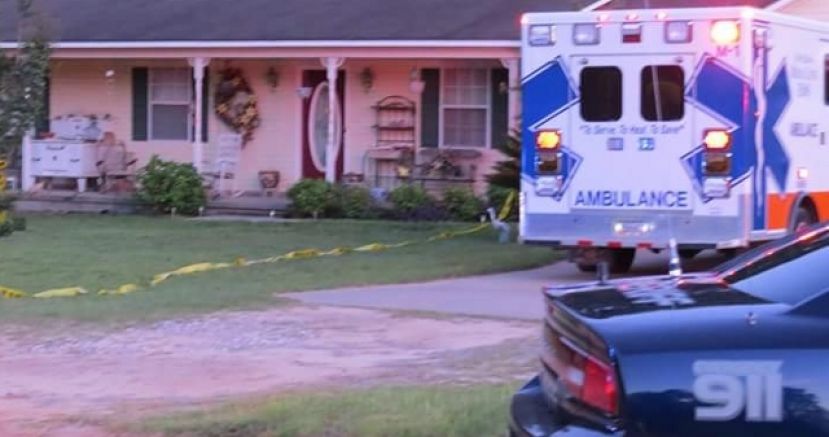 Coffee County sheriff's officials provided detailed information Monday regarding a shooting that ultimately led to the death of one man over the weekend.

Just prior to 8 p.m. Saturday, sheriff's deputies responded to 65 Willow Way after being notified by 911 of a domestic violence call that had resulted in a man being shot.  911 advised officers the female caller, identified as 61-year-old Brenda Davis, stated she had used a gun to stop her daughter’s boyfriend, who was armed with a knife, from taking her daughter’s life. Deputies located the still-breathing male, 27-year-old Roger Cameron Cochran, and rendered aid until EMS arrived.

EMS transported Cochran to Coffee Regional Medical Center, while Brenda Davis and her daughter, 39-year-old Toni Davis, were taken to the Coffee County Law Enforcement Center where detectives learned of the events that had transpired.

Authorities state all evidence obtained during interviews and investigation corroborated that Cochran had become violent toward the women in the days and hours leading up to the incident. Both women stated that, shortly before the shooting, Cochran had become very irate over a Facebook comment. Cochran allegedly began hitting Toni Davis in the head and side.

Brenda Davis told authorities she tried to intervene but Cochran pushed her down. At that time, both women stated that Toni Davis ran into her mother’s bedroom in an effort to get Cochran away from her mother. Cochran then allegedly grabbed a carpet knife and held it to Toni Davis’ throat threatening to kill her. Brenda Davis stated that Cochran was threatening to beat her daughter to death and make her watch while he did it.

She went on to say she attempted to call 911 but Cochran broke her phone and put part of it in his pocket. Cochran then became even more enraged and stated that neither one of them would be alive before the law could arrive.

Brenda Davis added her daughter was blacking out and fighting for her life and, at that point,  she retrieved a firearm from a nearby drawer and pointed it at Cochran, begging him to leave.

Cochran allegedly attempted to cut Toni Davis' throat with the knife and, at that point, Brenda Davis fired a single shot striking Cochran and ending the threat to both her daughter and herself.

Brenda Davis stated that she was in fear of her life, as well as her daughter’s life, and felt that had she not taken action Cochran would have severely hurt or killed them.

Officials state that past law enforcement reports on file showed several calls of domestic violence with Cochran as the aggressor and his being arrested as a result. He was transported to Savannah from Coffee Regional Medical Center and succumbed to his injuries on Sunday.

No charges have been filed in the case. Authorities say a review of the facts with the district attorney’s office will be conducted following the completion of the investigation.