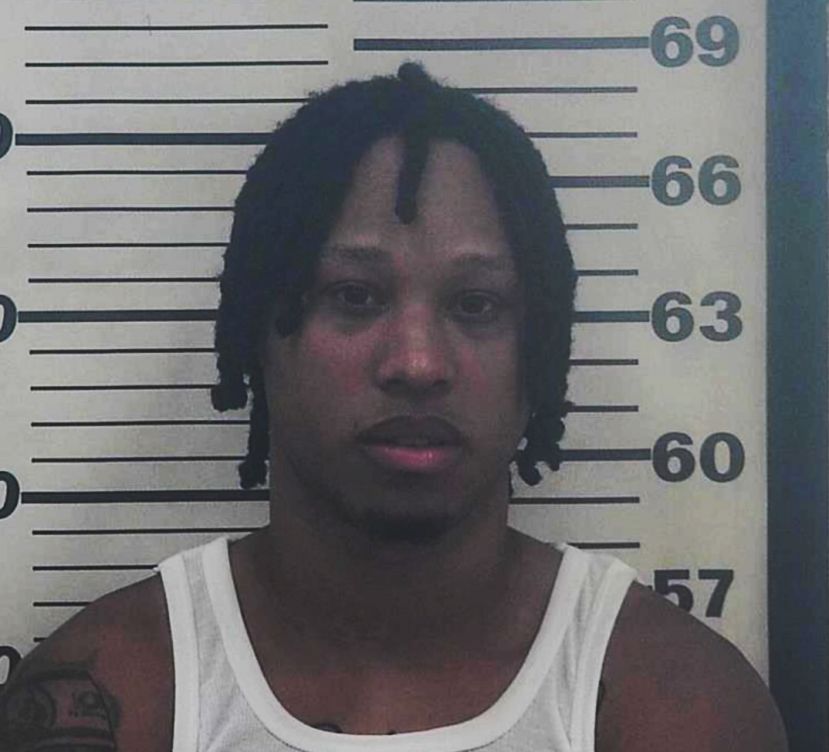 As the jury was waiting in the deliberation room just moments before the trial was expected to start, Ferlonzo Newton pleaded guilty to his charge of possession of cocaine with the intent to distribute.

Newton was facing a 30-year prison sentence if convicted, leading him to accept the plea, which knocked 27 years off the maximum punishment he could have received.

Judge Andy Spivey explained the details of the plea and the probation requirements when he is released from confinement, asking him if he wanted to continue or have the trial.

Newton responded, "I don't want it."

Assistant District Attorney John Rumker gave a brief statement, informing the judge of the facts of the case. "On September 2, 2020, around 3:30 p.m., Douglas Police Department officer Mason Cater was observing traffic and witnessed the defendant drive by with three small kids in the car without seat belts. The defendant was pulled over, and a baby in the car was also found to be secured in the seat. Officer Cater told the defendant he smelled marijuana, leading to a search of the vehicle, where a quantity of marijuana, crack cocaine, and bags of cocaine were discovered in a baby formula can. The substance was sent off to the drug lab, testing positive for cocaine."

Newton was sentenced to 15 years probation and will serve the first three years in confinement. He will also receive credit for time served, which will be calculated once he returns to the Coffee County Jail. The defendant told the judge he had been incarcerated for approximately 7 months, but Rumker told the judge a portion of that time was on a separate charge, which will not be counted toward his sentence.

Prior to Newton's plea hearing, Christopher Black also pleaded guilty to his charge of aggravated battery. He was sentenced to 20 years probation with fines and was ordered to have no contact with the victim in the case.

Several other defendants on this week's trial calendar also pleaded guilty to their charges, including Jennifer Jackson, shoplifting; Michael Allen Harper Sr., burglary in the 1st degree; Adam Mitchell, possession of a firearm by a convicted felon; Franciso Javier Galarza, possession of methamphetamine and possession of marijuana more than an ounce; and Antonio McQueen, possession of cocaine with the intent to distribute.

A few of the cases were continued, including the trials of Anthony Hudson and Daniel Knighton.

At this time, Gilbert Harvey Jr. is still expected to stand trial Wednesday on charges of trafficking methamphetamine and possession of a firearm by a convicted felon. He is the only defendant whose case will be heard by a jury this week following Newton's plea.

Note: On the morning of his trial, Harvey pleaded guilty to possession of methamphetamine and possession of a firearm by a convicted felon. Judge Andy Spivey sentenced Harvey Jr. to 15 years on count 1 and 10 years on count two. While he was facing a 40-year maximum sentence prior to accepting the plea, which came with a reduction of his charge, Harvey was ordered to serve the first eight years on both counts in confinement. However, the term will be served concurrently.