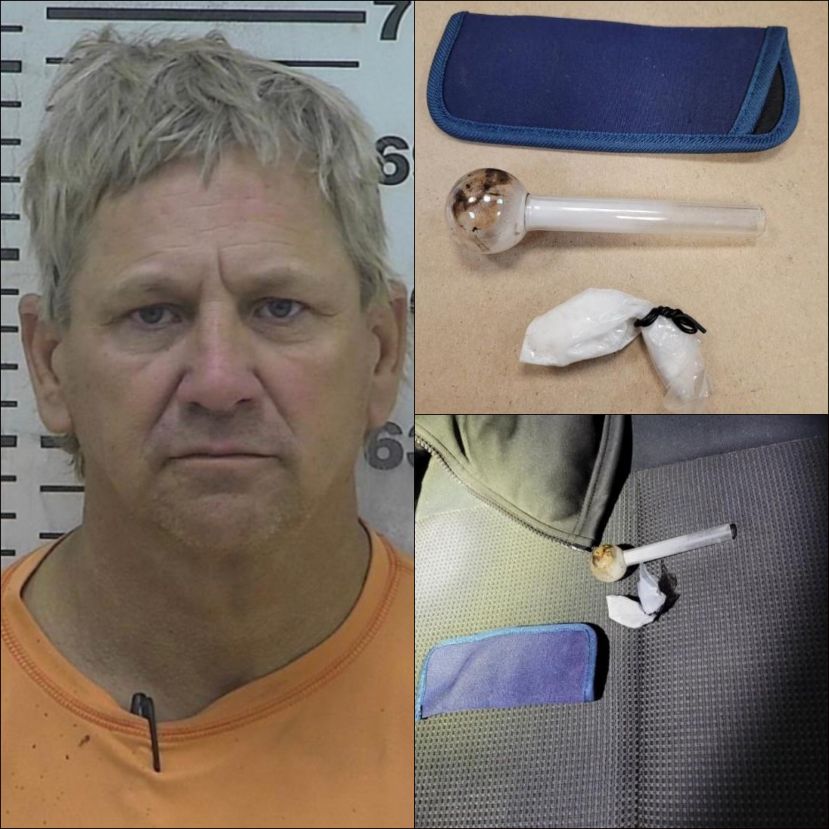 A traffic stop recently led to the arrest of a Pearson man after he was reportedly discovered to be in possession of methamphetamine and a drug-related object.

On November 22, a Coffee County Drug Unit K9 deputy conducted a stop on a gray Toyota truck around 6:27 p.m. on Highway 32 West near Donnie Harper Road after observing the vehicle had an expired license plate. The driver was identified as 58-year-old Donnie Wayne Warren of Pearson.

The deputy reported that after a brief investigation, Warren was found to be in possession of methamphetamine and a glass pipe.

Warren was transported to the Coffee County Jail and booked on charges of possession of methamphetamine, possession of a drug related object, expired tag, and driving while license is suspended or revoked.

Warren is still in jail and has not been released on a bond.